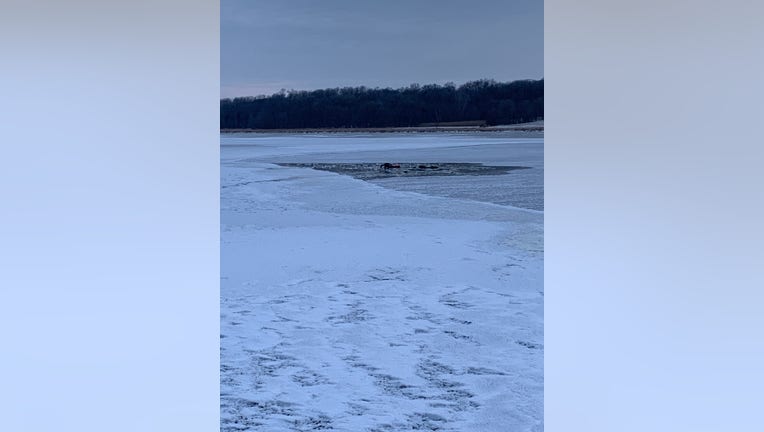 According to the sheriff's office, at about 5 p.m., authorities received a report of a side-by-side ATV that had fallen through the ice on the north end of Two Rivers Lake in Holding Township.

Two adults were on the ATV when they broke through a section of thin ice. Both were able to escape and make it safely out of the water to a nearby icehouse. The ATV is submerged in what is believed to be approximately 27 feet of water.

Officials said the area recently had open water and not long ago frozen over due to waterfowl in the area.

The sheriff's office is remind everyone to use caution on lake ice and to be sure of ice thickness in areas that they may be traveling on.