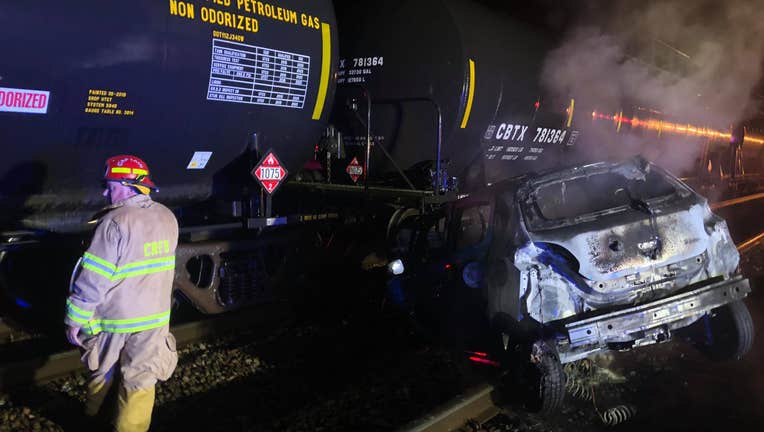 Officials respond to a crash involving a train and car in Coon Rapids, Minn.

COON RAPIDS, Minn. (FOX 9) - Two people were able to escape a vehicle before it was hit by a freight train in Coon Rapids, Minnesota Saturday night. 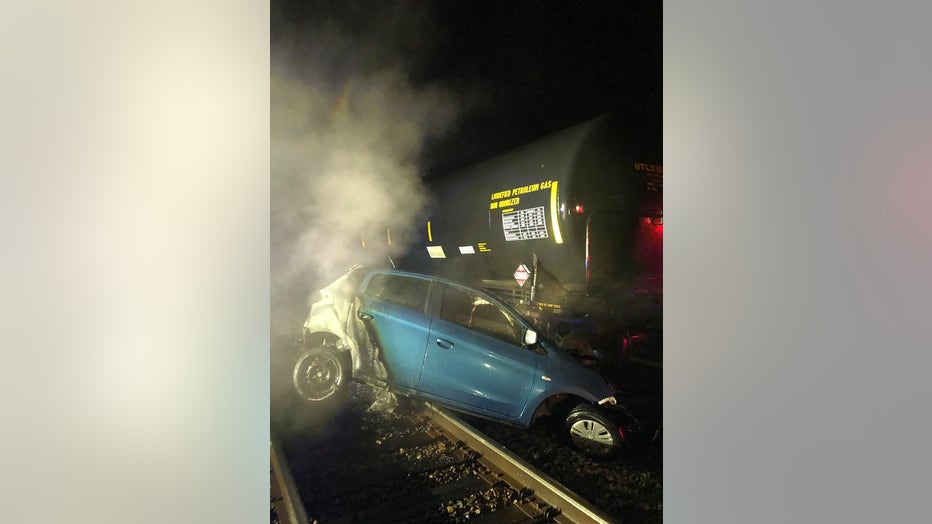 Officials respond to a crash involving a train and car in Coon Rapids, Minn.

Officers were called to the scene around 9 p.m. for the report of the crash near 119th Avenue NW and Northdale Boulevard.

Investigators say it appears a driver made a wrong turn and got stuck on the tracks shortly before the train came rolling through. The driver and a passenger were able to get out of the vehicle before being hit.

No injuries were reported among the people in the vehicle or on the train. Crews were working to clear the crash as of 10:30 p.m., but said it would be a little bit longer before it could get moving again.