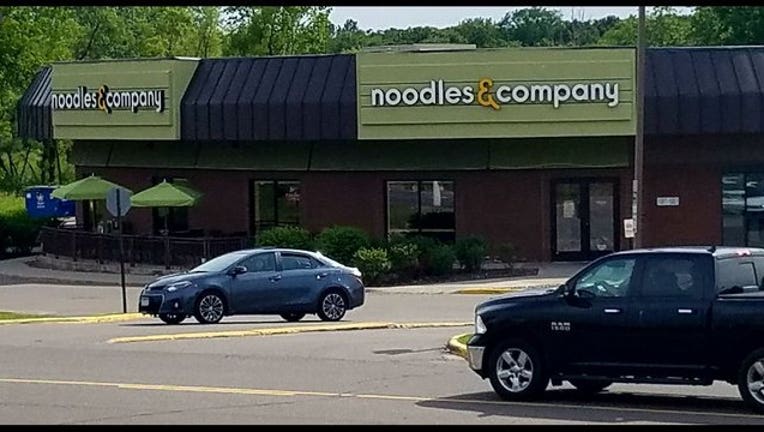 Three employees at the Noodles and Company in Minnetonka, Minnesota were robbed at knifepoint on Monday night.

MINNETONKA, Minn. (KMSP) - Two people have been arrested in connection with a robbery at the Noodles & Company in Minnetonka, Minnesota after closing time Monday night, according to Minnetonka Police.

Three employees were finishing up their closing duties around 9:30 p.m. when a man armed with a knife and a gun entered the restaurant and forced them into the back office, according to police. He tied them up with duct tape and made off with cash.

One of the employees suffered a minor facial injury. No one else was hurt.

The employees eventually freed themselves and went to the nearby Panera Bread Company, where they called 911.

Police arrested two people on Wednesday and are not looking for any other suspects. They believe the robbery was an isolated incident and was not related to any other robberies.

The investigation into the case is ongoing. No charges have yet been filed.