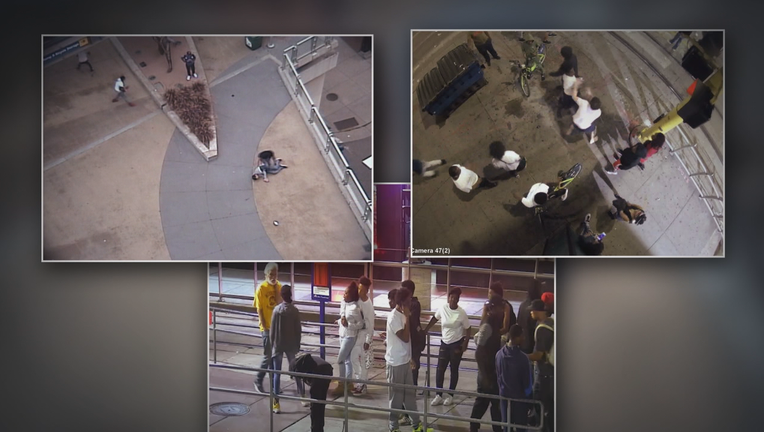 MINNEAPOLIS (FOX 9) - 18 people have been charged in connection to downtown Minneapolis robberies last month, according to the Hennepin County Attorney’s Office.

The people range in age from 15 to 27 years old and all face various counts of robbery.

A 25-year-old Brooklyn Center man was the only one charged in both robberies.

Four of the suspects in the robberies were 15 years old. In both robberies, someone was arrested, but not charged.

The first robbery occurred Aug. 3 outside of Target Field. The video obtained by Minneapolis Police and shared with FOX 9 shows about 12 people trying to take a man’s cell phone and beating him. The offenders ripped off the man’s clothes and shoes and went through his pockets. The robbers were also seen hitting the victim with planting pots and running over him with a bicycle.

Police used the video to identify the assailants. By the last week in August, police say they obtained some partial confessions from some of the defendants.

The second robbery occurred Aug. 17 near 5th Street and Hennepin Avenue. The victim was outside of a downtown bar, holding his phone, when a group of people surrounded him and tried to take his wallet.

The robbers kicked and punched him until he was unconscious. Bystanders came to his aide, but the robbers still took his phone, wallet, keys and $100 in cash. One of the assailants took out $220 from his debit card at an ATM, too.