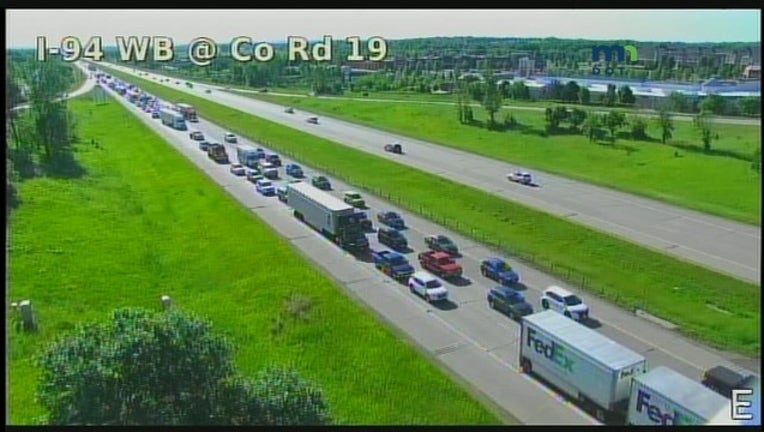 Shortly before 7 a.m., the vehicles were westbound on I-94 when they began to slow down for traffic near Radio Drive. A semi rear-ended a Nissan A25, pushing the Nissan into a Chevy Equinox, who then rear-ended a Lexis RX 350. All three vehicles came to rest on the right shoulder.

The driver of the Nissan died in the crash. He has been identified as 33-year-old Andrew Steven Russ of Woodbury, Minn.

The driver of the semi truck, a 28-year-old Wisconsin man, was not injured.

Authorities say alcohol was not a factor in the crash. The crash is still under investigation.