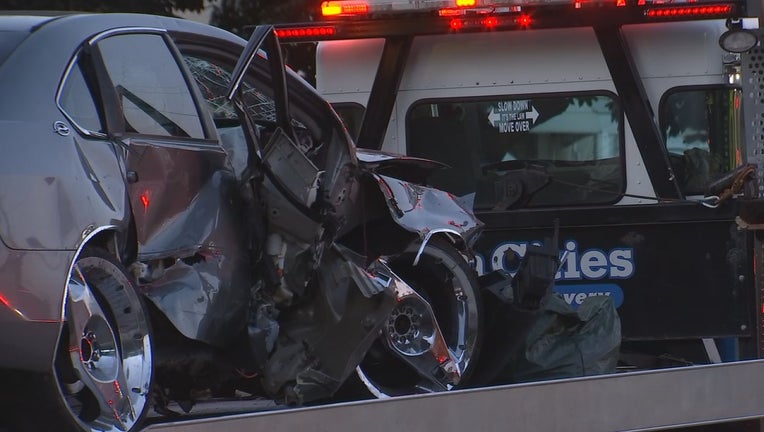 A suspect crashed a vehicle after firing shots at police in St. Paul. (FOX 9)

ST. PAUL, Minn. (FOX 9) - A person has been arrested after a hair-raising situation in St. Paul where police say a suspect fired shots at officers before leading police on a chase and causing a crash.

According to police, officers were investigating an incident Wednesday evening in the area of Hazelwood Street and Maryland Avenue East. It's unclear at this time what the initial call was for or what caused matters to escalate.

However, during the response, police say the suspect fired shots at officers, with gunfire striking a police squad vehicle.

The suspect then jumped into a vehicle and led officers onto a short chase that ended with a crash a few blocks away at Maryland and Duluth Street.

Officers say the suspect was injured and taken to the hospital for treatment. Their condition is not known.

No officers were hurt during the incident.