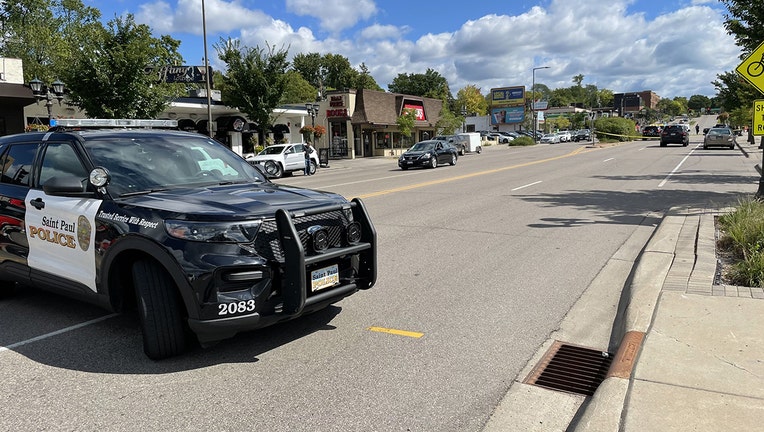 Police are investigating a fatal crash between a motorcycle and a vehicle in St. Paul.  (St. Paul Police Department)

ST. PAUL, Minn. (FOX 9) - Police in St. Paul are investigating a crash between a motorcycle and another vehicle that left one person dead Wednesday morning.

The crash occurred around 11 a.m. at the intersection of Ford Parkway and Cleveland Avenue, according to the St. Paul Police Department. When officers arrived on scene, they found a man in his 40s gravely injured.

The officers rendered aid, but the man was pronounced dead at the scene.

Investigators are working to identify and interview witnesses to the crash.

Police said the driver of the vehicle is not believed to have been impaired.