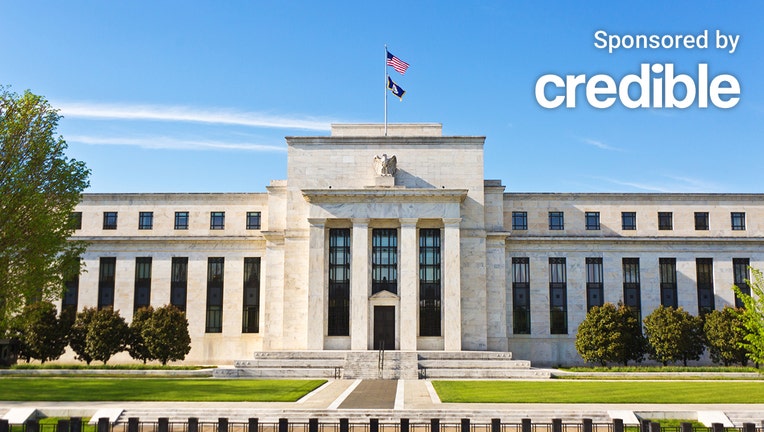 The Federal Reserve announced a highly anticipated fourth consecutive 75 basis point interest rate increase on Wednesday and pledged to stay the course until it achieves its goal of lowering inflation.

The move came as the Fed said it continued to fight high inflation, which hit 8.2% annually in September. While the inflation rate was slightly down from 8.3% in August, it remains persistently close to the 40-year high of 9.1% set earlier this year.

The rate hike brings the federal funds rate to a targeted range of 3.75% to 4%, the highest level since January 2008. The Fed said it anticipated further rate increases going forward "in order to attain a stance of monetary policy that is sufficiently restrictive to return inflation to 2%."

Federal Reserve Chair Jerome Powell told reporters at a press conference that the Fed could begin to slow the pace of increase as soon as its next meeting or at the February meeting.

"Even so, we still have some ways to go, and incoming data since our last meeting suggest that the ultimate level of interest rates will be higher than previously expected," Powell continued.

If you want to take advantage of interest rates before they rise higher, you could consider refinancing your mortgage to lower your monthly payments. You can visit Credible to find your personalized rate without affecting your credit score.

Powell noted that economic data reflected "modest growth of spending and production this quarter." And while the slowdown in growth signals that the Fed's monetary policy is working, the labor market remains extremely tight, "with the unemployment rate at a 50-year low, job vacancies still very high, and wage growth elevated."

"The Fed's super aggressive path is justified since inflation, which it caused, has not been killed yet," Dan North, a senior economist at Allianz Trade, said. "But by the time it is, the Fed will have driven the economy into recession."

Kevin Mahn, the president and chief investment officer at Hennion & Walsh Asset Management, said he expected the Fed to raise interest rates by 50 basis points at its December meeting.

"I also contend that it is possible that the Fed may pause raising interest rates sometime by the end of the 1st half of 2023," Mahn said. "This ultimate pause, whenever it does occur, will allow the Fed to assess the overall economic impact of all the rate hikes that have taken place since the beginning of 2022 to help combat record-setting levels of inflation."

The challenge for the Fed will be to ease up on interest rate increases without "letting the market develop a narrative of the Fed 'pivoting' away from its current priority of cooling underlying inflation pressures," said Luke Bartholomew, a senior economist at global investment company abrdn.

"The last time the market ran with a 'pivot' narrative, over the summer, Powell was forced to give a very hawkish speech at Jackson Hole and the Fed ended up delivering more hikes than it had perhaps originally intended," Bartholomew said.

If you are looking to reduce your expenses amid economic uncertainty, you could consider refinancing your private student loans to potentially lower your interest rate and monthly payment. To see if this is the right option for you, contact Credible to speak to a student loan expert and get all of your questions answered.

SOCIAL SECURITY INCREASE 2023: WHAT DOES IT MEAN FOR RETIREES?

While mortgage rates aren't directly correlated to interest rates, they are influenced by decisions the Fed makes, explained Nick Taylor, the vice president and head of real estate at Better.com.

Mortgage rates recently hit a new 20-year high of 7.08%, and it's likely that mortgage rates will either remain flat or move up as the Fed continues its rate increase policy, according to Taylor.

The interest rates on most credit cards are likely to go up and "will most acutely impact those consumers who do not pay off their credit card balances in full through higher minimum monthly payments," Michele Raneri, the vice president of U.S. research and consulting at TransUnion, said.

For auto loans, it's a similar story. The average interest rate paid on a loan to finance a new car climbed to 5.7% in Q3 2022, the highest rate since Q3 2019, according to Edmunds.

If you are struggling amid high inflation, you could consider taking out a personal loan to help pay down debt at a lower interest rate, lowering your monthly expenses. You can visit Credible to compare multiple lenders at once and choose the one with the best interest rate for you.

﻿Have a finance-related question, but don't know who to ask? Email The Credible Money Expert at moneyexpert@credible.com and your question might be answered by Credible in our Money Expert column.