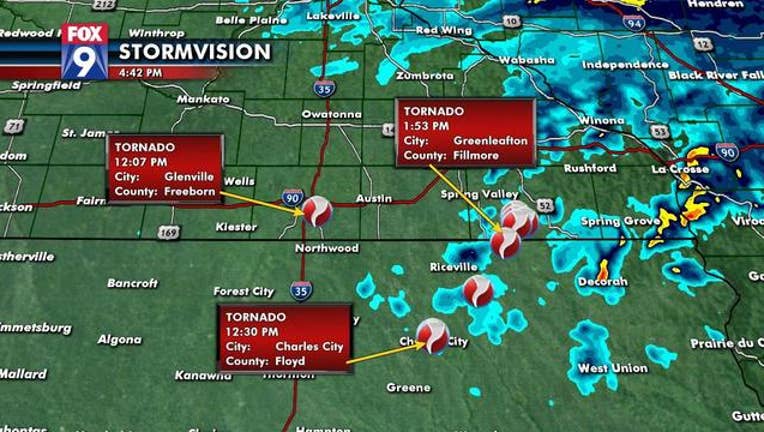 According to the sheriff's office, Fillmore County was under a tornado warning Monday afternoon, with confirmed tornadoes reported on the ground in the Lime Springs and Cherry Grove area.

At least four farm sites were damaged, but the sheriff's office has not received any reports of injuries to people or livestock. According to the sheriff, some homes sustained minor wind and tree damage.

Crews will further assess the damage on Tuesday.