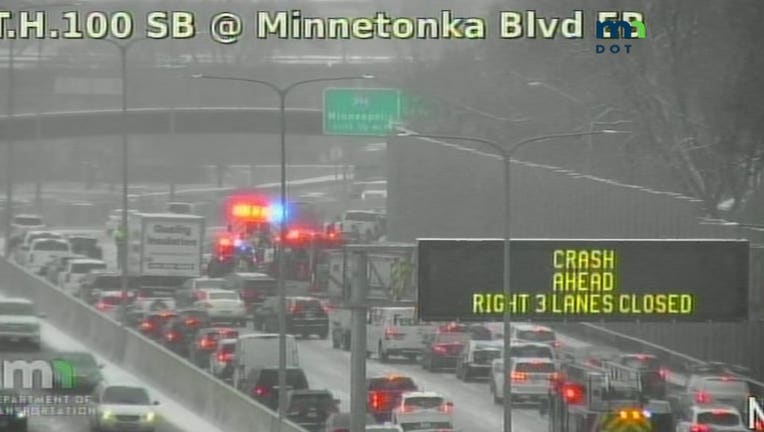 A MnDOT traffic camera on Hwy. 100 shows a backup as law enforcement responds to a crash Wednesday. (MnDOT / FOX 9)

(FOX 9) - The Minnesota State Patrol responded to 243 crashes Wednesday as snow dusted parts of the state.

In addition to the crashes, troopers responded to another 32 spinouts on Minnesota roads during that time.

Conditions were such that the small amount of snow did stick to Minnesota roads for a few hours Wednesday, leading to the crashes around the Twin Cities metro area.