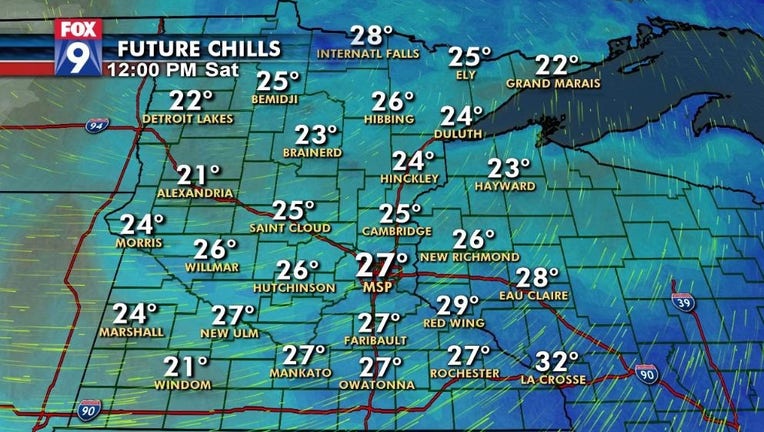 EDEN PRAIRIE, Minn. (FOX 9) - On average, the Twin Cities sees its first snowflakes by mid-October. So seeing snowflakes on Friday wasn’t exactly a surprise. But, measurable snowfall - that’s not expected quite yet.

On average the Twin Cities sees its first one-inch or more of snowfall on November 18. The storm system that brought in the colder temperatures missed the majority of Minnesota and Wisconsin on measureable snowfall, but areas to our west were slammed with blizzard conditions. For example, Hannahford, North Dakota picked up 17 inches of snow by Friday night, and they’re expecting more. 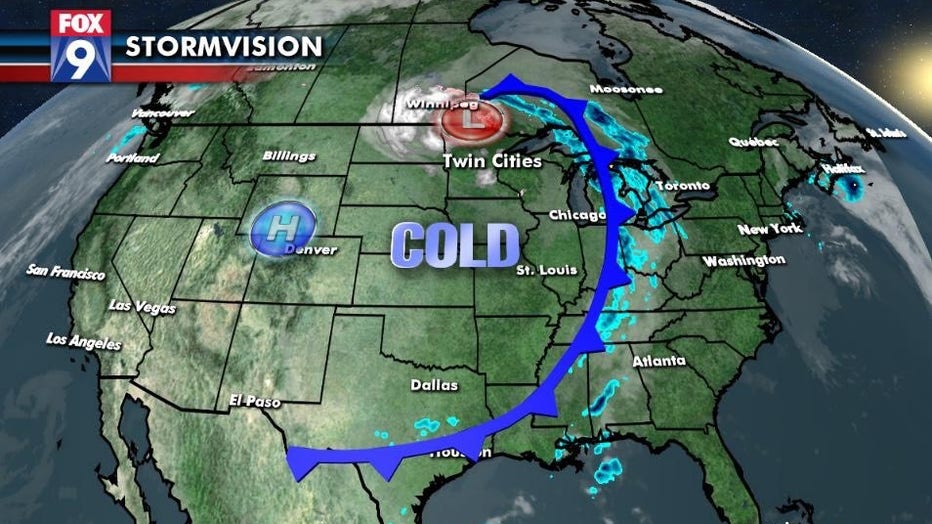 In the big picture, Minnesota lucked out with only having to deal with below average high temperatures. However, with the low pressure being so close to Minnesota, we have strong winds. A combination of strong winds and colder temperatures result in wind chills.

Grab the big coat for Saturday! The majority of the day will feel like the 20s.