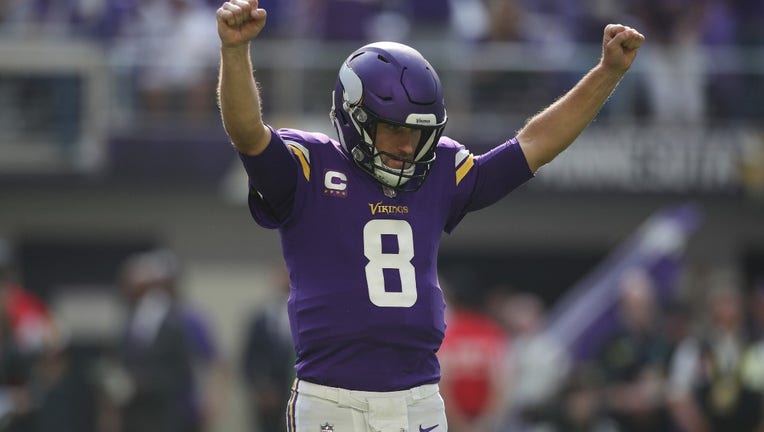 MINNEAPOLIS - Kirk Cousins is not a Minnesota native, but he got introduced to the state after signing with the Vikings In free agency before the 2018 season.

He replaced Case Keenum, who led the Vikings to the NFC Championship Game the year before, following the "Minneapolis Miracle." We learned during that season Keenum had a friendly neighbor who helped him shovel the snow on his sidewalk and driveway, after seeing the quarterback do it himself. That way, Keenum wouldn’t have to risk injury in an icy Minnesota winter and could focus on football.

Minnesota Vikings quarterback Kirk Cousins gave a shout-out to his neighbor on Wednesday, who helps him shovel and plow his driveway and back patio.

It turns out, Cousins himself has experienced plenty of that during his four-plus seasons with the Vikings. He’s got a neighbor who is a die-hard fan, and is a regular when it comes to helping him clear snow from his driveway and patio.

"My neighbor actually does shovel my walk, I have one of the best neighbors in the world on our street. He has a little Polaris and a plow, and he’s usually helping me," Cousins said Wednesday during his weekly news conference at TCO Performance Center. "I was getting body work in my house on Monday night, and I look over and he’s shoveling my back patio. When they talk about Minnesota nice, I live that on a daily basis with my neighbors."

But did it happen when the Vikings were a .500 team and missing the playoffs, and Cousins became an easy target to blame?

"He actually did, he’s a bit of a MacGyver. He’s a handyman, he can kind of get a lot done. He’s the kind of guy who ride or die with the Vikings, he’s got the purple lights on the house on game day," Cousins said. "I’m sure he might plow and shovel with a little more enthusiasm after a big win on Sunday."

Does Cousins tip his neighbor?

"We tip, definitely tip. When you’re a Vikings fan, payment in tickets to games works too," Cousins joked.

Life is a lot more fun and enjoyable when you’re 8-1 and have won seven straight games. It’s a safe bet the more the Vikings keep winning, the clearer Cousins’ driveway and patio will be.