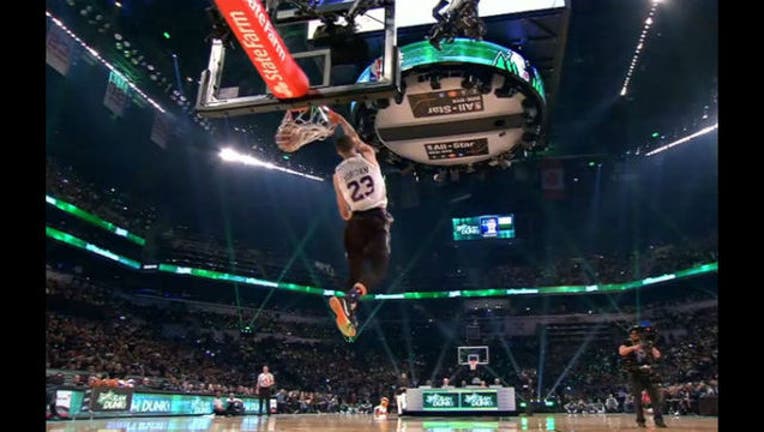 The only six seconds worth watching from tonight's contest were LaVine's four dunks: https://t.co/VG63Gslddk

But he also stayed humble, saying he doesn't think his showing quite stacked up to VC's aforementioned 2000 masterpiece:

Thankfully, however, LaVine suggested he's got more insane slams in the bag that we might see during future dunk contests.