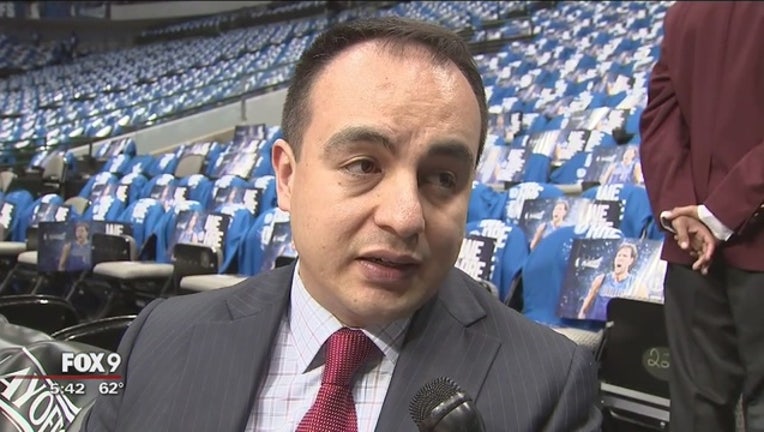 MINNEAPOLIS (FOX 9) - The Minnesota Timberwolves have made a trade to move up in Thursday's NBA Draft.

Sources tell FOX 9 that the team has sent its number 11 pick and forward Dario Saric to Phoenix for the number six overall pick.

Saric, who played 68 games with the Timberwolves, was acquired last offseason when the team traded Jimmy Butler to Philadelphia.

The move up in the draft will allow the T-Wolves a shot an elite guard, like Vanderbilt's Darius Garland, Duke's Cam Reddish, or UNC's Coby White.