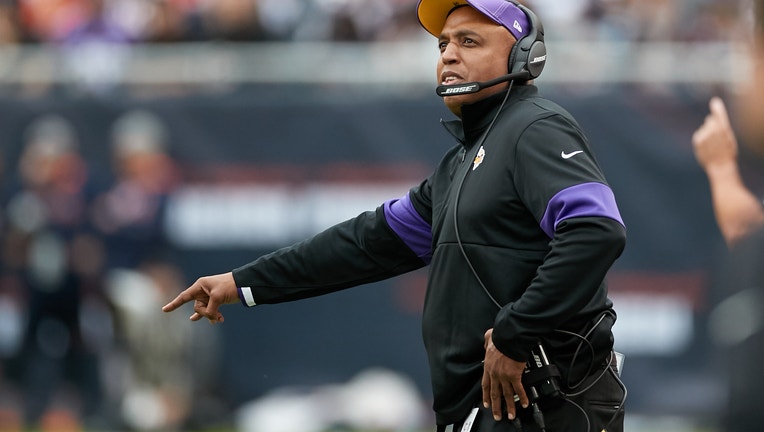 CHICAGO, IL - SEPTEMBER 29: Minnesota Vikings defensive coordinator George Edwards reacts to a play in game action during a game between the Chicago Bears and the Minnesota Vikings on September 29, 2019 at Soldier Field in Chicago, IL. ( Robin Alam/Icon Sportswire via Getty Images )

According to ESPN's Adam Schefter, defensive coordinator George Edwards is not expected to return with the team next season.

The report comes hours after other reports that Vikings offensive coordinator Kevin Stefanski had accepted a job with the Cleveland Browns to become their head coach.

It all comes on the heels of a disappointing playoff loss for Minnesota in San Francisco on Sunday. After a thrilling win last week, the Vikings were crushed by the Niners, losing 27-10 on Saturday.

Neither change has been officially announced by the team at this point. Coach Mike Zimmer is expected to speak with the media Monday morning for a season wrap up.