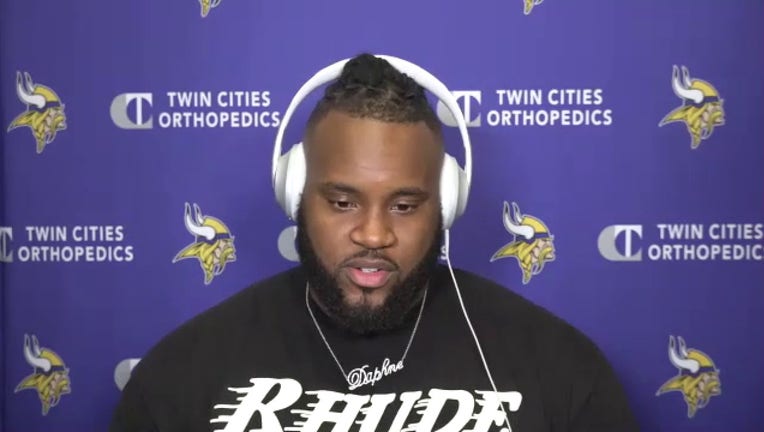 Michael Pierce is back with the Minnesota Vikings after opting out of the 2020 season due to COVID-19 concerns.

MINNEAPOLIS - The Minnesota Vikings are less than two weeks away from the start of training camp, and they’ll likely be without one of their key pieces on the defensive line in the first practices open to the public.

According to Ian Rapoport with NFL Network, Michael Pierce is dealing with a calf injury that could keep him out of the start of training camp at TCO Performance Center. The first practice open to fans is Wednesday, July 28, and the Vikings will also have a night practice at TCO Stadium on Aug. 1.

Pierce signed a three-year, $27 million contract in free agency to join the Vikings before the 2020 season after starting his NFL career with the Baltimore Ravens. Pierce then opted out of the 2020 season, due to COVID-19 concerns and dealing with asthma.

Pierce suffered the injury during training and it's not considered to be serious. He is expected to be ready to go for Week 1 when the Vikings are on the road to face the Cincinnati Bengals. Pierce joins Dalvin Tomlinson, Sheldon Richardson and Stephen Weatherly as off-season additions to the defensive line, and the Vikings are expecting Danielle Hunter back healthy after having neck surgery that kept him out all of last season.