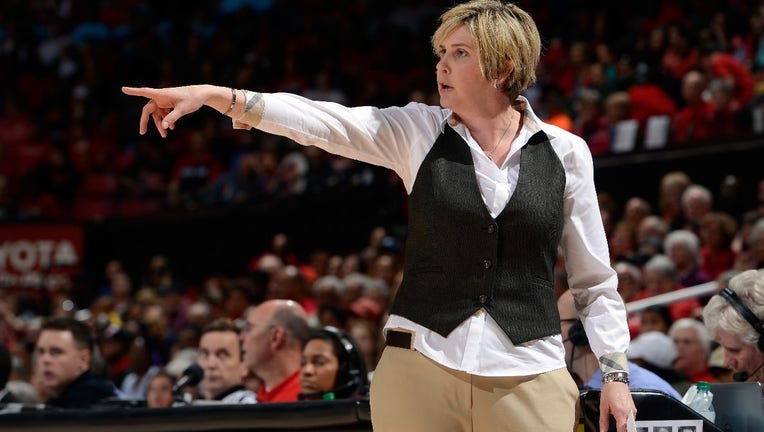 LUBBOCK, Texas (AP) - Texas Tech women's basketball players have accused coach Marlene Stollings and her staff of fostering a culture of abuse that led to an exodus from the program, according to a report published Wednesday.

Players dreaded a heart monitoring system they said was misused in punitive ways, had to endure demeaning and threatening comments and were subject to sexually suggestive behavior from a strength coach who has since resigned, according to the report.

The players made the claims over the past two years in season-ending exit interviews that were obtained through an open records request by The Intercollegiate, an investigative media outlet for college sports. The details were published by USA Today.

Players said the coaching staff demanded that they maintain a heart rate of at least 90% of capacity during games and that they faced loss of playing time or more conditioning work if they didn't. A pediatric sports medicine director said maintaining a heart rate that high would be "very difficult" to do.

"It was basically like a torture mechanism," said Erin DeGrate, who played her final season as a grad transfer with defending national champion Baylor. DeGrate played two seasons at Texas Tech after transferring from Louisville. "I feel like the system wasn't being used how she was using it."

Over two years, 12 of 21 players left the program, including seven recruited under Stollings, according to the report. She defending her program in a statement to the newspaper. The school didn't immediately respond to a request for comment from The Associated Press.

The pandemic-shortened season that ended in March was Stollings' second at Texas Tech. She had previously turned around the programs at Minnesota and VCU and has done the same with the Red Raiders, a once-proud program that has fallen on hard times. Texas Tech finished 18-11 in Stollings' second season after going 7-23 the year before she arrived.

"We know change is difficult and that has been no different at Texas Tech," Stollings said. "Some wonderful young women have decided to leave our program and pursue their dreams elsewhere. Our administration and my staff believe in the way we are building and turning this program around here. Our student athletes are developing a disciplined approach both on and off the court."

Athletic director Kirby Hocutt said a four-person committee conducted a review of the program, and said the review had been discussed with Stollings. Hocutt said he was "confident we are taking appropriate steps to improve the relationship and communication between coaches and student-athletes."

Emma Merriweather, a center who transferred to Kansas, said she was mocked about her weight in front of men's basketball players and admonished over showing signs of depression. She was later diagnosed with depression.

"It was just the feeling of fear, anxiety, depression," said Mia Castaneda, who transferred to Washburn. "And it wasn't just a few people. It was our entire team. "They were breaking not just athletes, they were breaking people."

Brazilian center Marcella LaMark said she was called "dangerous" by Stollings because the coach said her fitness lagged so far behind her teammates. LaMark transferred to Pittsburgh.

Several players said coaches and staff berated post players with remarks such as "fat pig" and "grossly out of shape" and "gross disproportional."

"It's so much manipulation and psychological stress," LaMark said. "When you're an international player, you cannot just go back to your parents."

Strength coach Ralph Petrella sometimes threatened players with violence and made sexually suggestive remarks, players said. One player accused him of reaching under her sports bra and spandex shorts as part of a technique to recover from physical exertion.

Petrella, who denied the allegations through his attorney, resigned about the same time the player reported the incident to a Title IX administrator.