Here are the times in history when the Olympics have been canceled or postponed.

TAIPEI, Taiwan (AP) - Most access to a major city adjacent to Beijing was suspended Thursday as China tried to contain an outbreak of the highly contagious omicron variant, which poses a test to its "zero-tolerance" COVID-19 policy and its ability to successfully host the Winter Olympics.

Tianjin, a port and manufacturing center with 14 million people, is one of a half-dozen cities where the government is imposing lockdowns and other restrictions as part of a policy that aims to track down every virus case. But the outbreak in a city so close to the Olympic host is particularly worrying.

Throughout the pandemic, authorities have been especially protective of Beijing since it is the seat of government and home to senior politicians. With the Games opening there in just over three weeks and China’s national pride on the line, the stakes are even higher now.

Elsewhere, more than 20 million people under lockdown in China, including in the western city of Xi’an. Some are barred from leaving their homes.

That's all part of the sweeping restrictions on movement China has repeatedly imposed since early 2020. It started with the then-unprecedented step of sealing off 11 million people in the central city Wuhan, where the virus was first detected, and other parts of surrounding Hubei province.

Along with mass testing and digital surveillance of people's movements, those measures have kept the virus from spreading into a full-fledged national outbreak so far. The country's vaccination rate now also tops 85%.

Other countries that tried a similar zero-tolerance approach have abandoned it, deciding instead to try to live with the virus, while mitigating its worst effects.

China persists, but may find the strategy increasingly difficult since the omicron variant is more contagious than previous versions of the virus and is better at evading vaccines. That challenge comes just as China is welcoming thousands of people from abroad for the Olympics, which start Feb. 4.

"I think it truly is a critical juncture for China. Can it stave off omicron?" said Dali Yang, a Chinese politics expert at the University of Chicago. 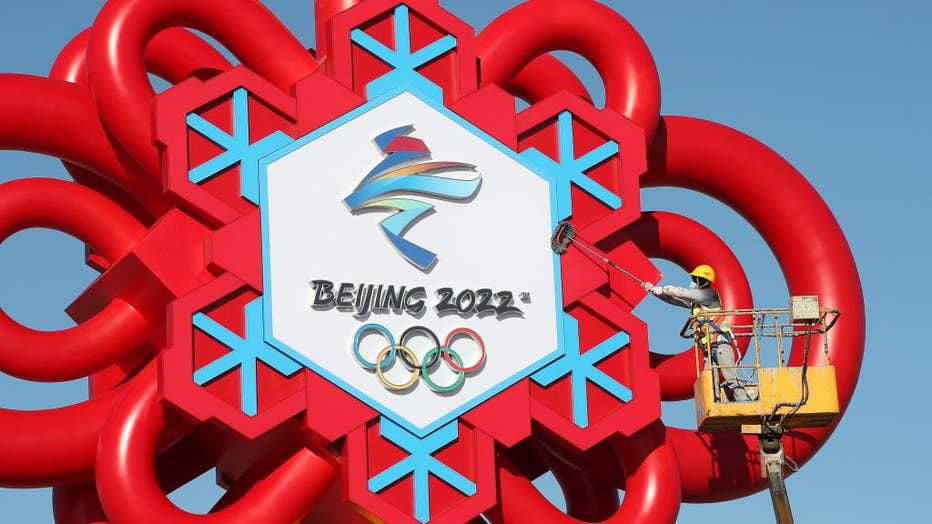 China reported 124 domestically transmitted cases on Thursday, including 76 in Henan province and 41 in Tianjin.

Authorities have reported a total of 104,379 cases since the pandemic began and 4,636 deaths, a figure that hasn't changed in months.

During the Tokyo Olympics in July, Japan saw a widespread outbreak driven by the delta variant, but the measures at the Olympics themselves were mostly effective in stopping transmission, said Kenji Shibuya, research director at the Tokyo Foundation for Policy Research and a public health expert.

The rules in Beijing will be even stricter than Tokyo’s.

The Games are being conducted under a "closed loop" system that is meant to prevent all contact between the outside world and athletes, journalists, staff and officials at the Olympics.

Those inside the Games bubble will travel between hotels and competition venues in special vehicles. Anyone who leaves the sealed environment will be required to quarantine for three weeks.

Police even went so far as to warn anyone involved in a collision with an Olympics vehicle to avoid contact with people on board and wait for a special team to handle the situation.

Such measures should be able to prevent the spread of the virus within the bubble, said Kei Saito, a virologist at the University of Tokyo.

But outside, it could be a different story.

"Omicron is three to four times more transmissible than delta," said Saito. "I think it’s almost impossible to control the spread of omicron."

Furthermore, the lack of widespread outbreaks means the Chinese population is protected only by vaccines and not by antibodies produced by previous infections, said Dr. Vineeta Bal, an Indian immunologist.

TeamUSA weightlifter speaks out on doping concerns within sport

Wes Kitts spoke with FOX Television Stations about weightlifting not being allowed in the Los Angeles 2028 Olympic Games.

The domestically made vaccines China is using are also generally considered less effective than those widely used in other countries, such as the Pfizer or Moderna shots.

Despite these challenges, China has shown no signs of giving up on its efforts to stop the spread of the virus in its tracks.

Tianjin conducted mass testing for a second time Wednesday. The government asked people to wait at home until they receive a negative result, and communities in Beijing asked their residents to report if they’ve visited the nearby port city in recent weeks.

Trucks carrying food and medical will be allowed into Tianjin, but drivers were told to wear masks and take other steps to avoid transmitting the virus, according to a city government notice.

Automaker Volkswagen AG said it shut down two factories in the city on Monday and employees have been tested twice. "We hope to resume production very soon," it said in a statement.

Despite that, the disruptions for people in Tianjin remain lighter than in other cities that are completely locked down.

"Everything is fine, the supermarkets and restaurants, you can go to all normally," said Yu Xuan, who works at a university in Tianjin.

Wang Dacheng, another resident, said his father who has trouble walking was able to get tested in their apartment.

Restrictions in Xi’an, a city of 14 million people, and the central province of Henan have prompted complaints people sequestered in their apartments were running out of food.

Organizers are determined the Games will go on despite the pandemic and controversies including a U.S.-led diplomatic boycott over accusations of human rights abuses against mostly Muslim minorities in China's northwest.

"The world is turning its eyes to China," President Xi Jinping said during an inspection tour last week. "And China is ready."