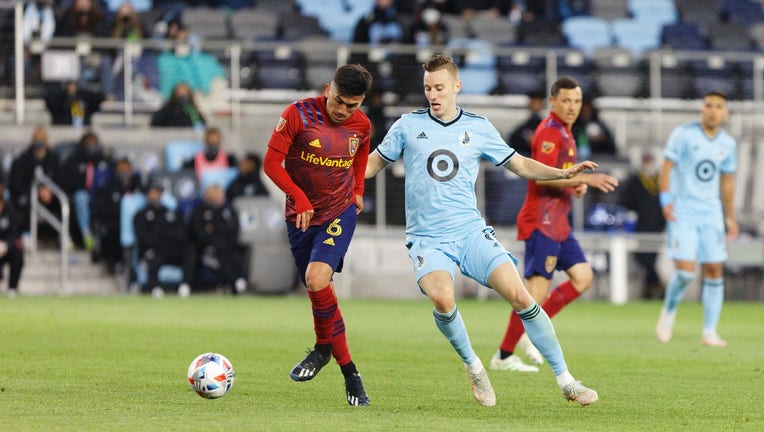 MINNEAPOLIS - Minnesota United is only four matches into its 2021 season, but it’s probably already been one of the toughest stretches Adrian Heath has had in his time with the Loons.

It’s possible the season, while less than a month old, is at a crossroads Wednesday night as they host Vancouver Whitecaps FC (2-1-1). Minnesota United is off to an 0-4 start, zero points through four matches and in the basement of the Western Conference. In the latest Loons’ gut punch, they had a 2-0 lead Saturday, only to see Colorado Rapids rally for a trio of goals over a 25-minute span in a 3-2 loss.

The Loons reconvened on Monday as they get ready for a week with two matches at Allianz Field. They’ve allowed 10 goals on the season, tied at the bottom of Major League Soccer with FC Cincinnati. The three goals they’ve scored is the fewest in MLS, along with Columbus and Philadelphia. Their -7 goal differential is second-worst in MLS.

"Nobody envisions the start that we’ve had, certainly not me. There was no sort of indication the way we played in preseason that we were going to be in this position, but we are. Obviously the longer this goes, the more it builds," Heath said Tuesday. "We know that sooner or later the pressure is going to start to keep building and to get rid of that, we need to win a game."

Minnesota United had high expectations for the 2021 season, and with good reason. They got to the semifinals of the MLS is Back Tournament last year amid COVID-19. They finished fourth in the Western Conference and won their first home playoff game.

They were minutes away from winning the Western Conference and playing for an MLS Cup. Now, they’re still searching for their first win of 2021. But it’s not all dire conditions for the Loons.

Heath said he thought Minnesota United was the better team in its opener at Seattle for 60 minutes, despite a 4-0 result that would say otherwise. They lost 2-1 to Real Salt Lake, 1-0 to Austin FC and had a 2-0 lead before Colorado Rapids rallied for a 3-2 win.

"The overriding factor is we conceded three goals again. Four away at Seattle, you’re not going to win a lot of games conceding three goals a game, four goals a game, that’s just the reality of the game that we’re playing," Heath said.

The Loons have 61 shots through four matches, one of the higher totals in the West. They’ve gotten goals from Robin Lod, Emanuel Reynoso and Hassani Dotson, but it hasn’t translated yet to wins.

"We know that we haven’t started the way we wanted, there’s no point in denying that. But also there’s been an awful lot of positives when I look at certain things. It’s not like every single game, I get home and scratch my head and think we haven’t created anything," Heath said.

After Vancouver Wednesday, Minnesota United hosts FC Dallas Saturday night. Getting points out of both matches would go a long way for the Loons to feel good about themselves again, and they get to do it in front of their own fans at Allianz Field.

"I think with how the last month or so has gone, it puts a lot of onus on these two games. When there’s pressure on the games, there’s no better place for us to play than at Allianz Field. We know what we have to do and just make sure we’re doing it for 90 minutes," defender Michael Boxall said.

They’re focused on staying positive, when it would be easy to point fingers and be frustrated after an 0-4 start.

"At the end of the day, the one thing that’s difficult is to keep the momentum of confidence going within the group when you’re losing. We know that, but we tried to express to the players that there have been some really good moments. If we can cut out the one or two mental errors, then I think we’re going to be fine," Heath said.