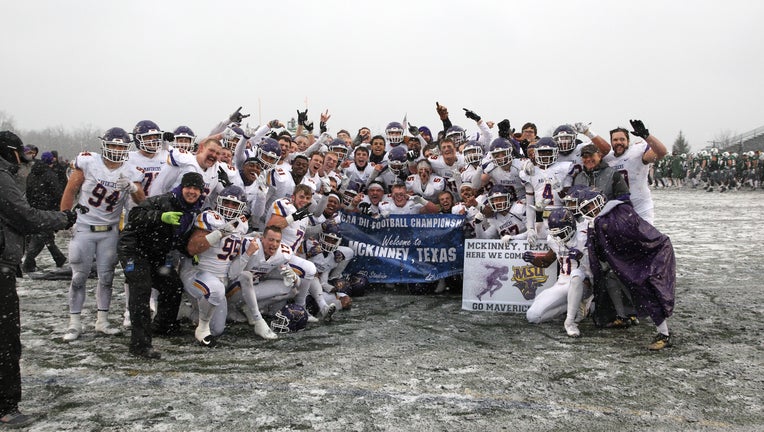 (FOX 9) - The Minnesota State Mavericks football team will compete for a national championship next week after a big win on Saturday in the Division II semifinals.

Minnesota State crushed Slippery Rock on Saturday, outscoring the Pennsylvania team 58 to 15 at their own stadium.

Now, the Mavericks will play the winner of one-seed Ferris State and four-seed West Florida next weekend in Texas. Ferris State was ranked second in the nation during the regular season, one spot ahead of Minnesota State. West Florida held down the #20 spot.

If the Mavericks win, they will cap off a perfect 15-0 season with the school's first national championship. Next Saturday's game will be the Mavericks' second appearance in the championship game since 2014. In 2014, they lost to Colorado State University-Pueblo, 13-0.

Next Saturday's game is set to kick off at 2 p.m.