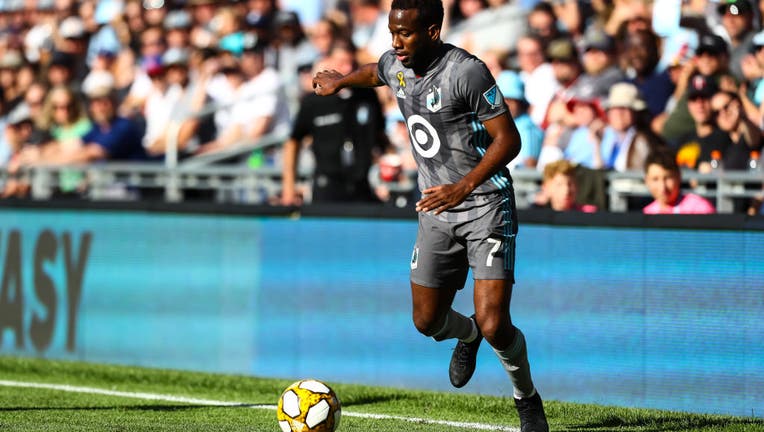 Kevin Molino #7 of Minnesota United dribbles the ball in the first half against Real Salt Lake during the game at Allianz Field on September 15, 2019 in St Paul, Minnesota. United defeated Salt Lake 3-1. (David Berding / Getty Images)

Going into Wednesday night, the Loons are in third place in the West. A win at Allianz Field guarantees their playoff spot heading into the final game of the season this weekend, which the MLS calls, “Decision Day.”

If MNUFC cannot come away with the victory Wednesday, the San Jose Earthquakes’ and the Portland Timbers’ Wednesday night results could also propel the Loons into the playoffs.

Essentially, if the Loons fail to win Wednesday night, they will need either the Earthquakes and Timbers, or both, to lose their games to secure a spot.

Here are the playoff clinching scenarios for United.

Earthquakes lose to Union and Timbers lose to Revolution.

The Loons kick off at 7 p.m. vs. Sporting KC tonight at Allianz Field. The Timbers and Revolution kick off at 9:30 p.m. and the Earthquakes and Union play at 10 p.m.