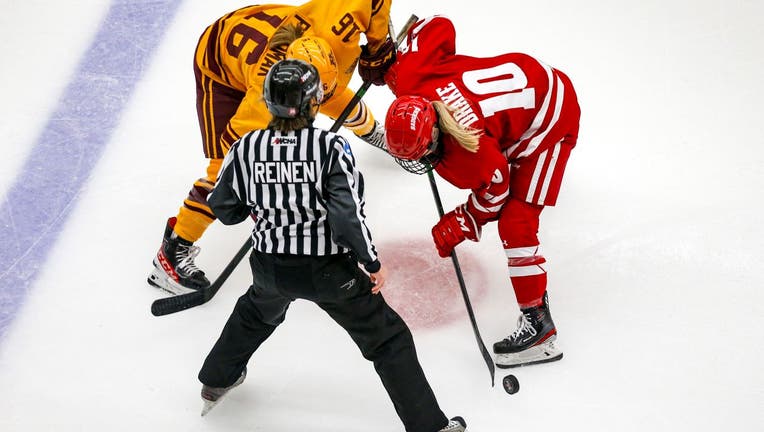 (FOX 9) - The Minnesota Gophers women's hockey team is traveling to Madison, Wisconsin, for a border battle series, which will air on FOX 9+ on Saturday.

The Gophers, ranked No. 1/2 will take on No. 3 Wisconsin on Saturday and Sunday at LaBahn Arena, with puck drop for both games at 2 p.m. Saturday's game will air locally on FOX 9+ (channel 9.2).

Minnesota, which is ranked No. 1 in the USCHO poll and No. 2 in the USA Today/USA Hockey poll, is 9-1-1 overall. The Gophers are coming off a bye week that followed their first loss of the season. Minnesota dropped a 4-1 nonconference contest against St. Cloud State on Nov. 7. Prior to the loss, Minnesota swept Minnesota Duluth and St. Cloud State, and won one and tied one in the series against Ohio State.

Wisconsin (10-2-0) is hitting the ice after having two weekends off. The last time the Badgers played they split a road series with Minnesota Duluth.

Saturday is one of several WCHA games that will be broadcast locally on FOX 9+ this season.