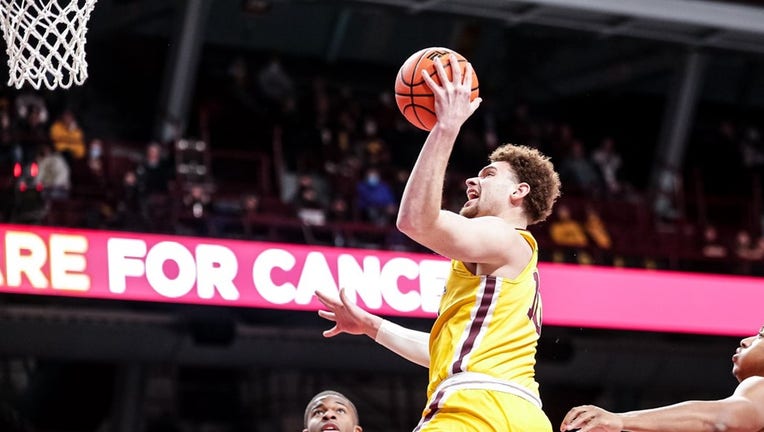 MINNEAPOLIS - The University of Minnesota men’s basketball team has one returning starter from last year’s team as it gets ready for the 2022-23 season, and Jamison Battle was waned Preseason All-Big Ten on Thursday.

Battle, a Robbinsdale native and former DeLaSalle standout, transferred back to Minnesota after starting his college career at George Washington. He was Ben Johnson’s first commitment. He was named All-Big Ten Honorable Mention last year after leading the Gophers in scoring (17.5 points) and rebounding (6.3 rebounds) as a sophomore.

The University of Minnesota men's basketball team opened is holding its first workouts of the fall season this week.

Battle scored in double figures 27 games, and had 11 20-point games. He had a season-high 39 points at Maryland. The Gophers got off to a 9-0 start in non-conference play last year and got their first Big Ten win at Michigan before finishing 13-17 overall and 14-17 in Big Ten play.

This year’s Gophers are projected to finish 12th in the Big Ten. Battle, and North Carolina transfer Dawson Garcia, a former Prior Lake star and McDonald’s All-American, are they key pieces on the roster. Johnson also has a talented freshmen class that includes Minnesota natives Braeden Carringon, Pharrel Payne and Joshua Ola-Joseph, as well as Kadyn Betts and Jaden Henley.

The Gophers begin the 2022-23 season with an exhibition against St. Olaf on Nov. 2. The regular season opener is Nov. 7 against Western Michigan at Williams Arena.