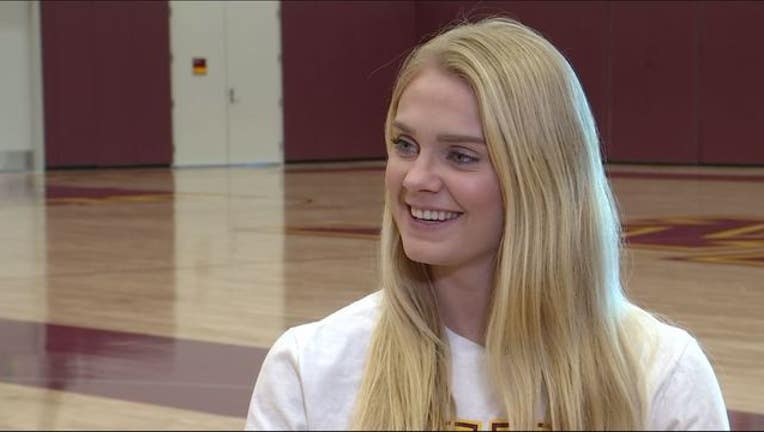 (KMSP) - The Minnesota Lynx didn't have to go too far to find their third pick in the WNBA draft.

The team picked University of Minnesota Gopher guard Carlie Wagner in the third round for the last pick in the draft. This season, the Minnesota native helped lead the Gophers to the NCAA Tournament. She is just the fifth player in Gophers history to score 2,000 points or more, putting her in the likes of Lindsay Whalen, Janel McCarville and Rachel Bantam.

Rounding out the draft class are 17th overall pick Ji-Su Park from South Korea and 24th overall pick Kahlia Lawrence from Mercer University. Park, a center standing at 6-foot 5-inches tall, averaged a double-double during her second season with the KB Stars.