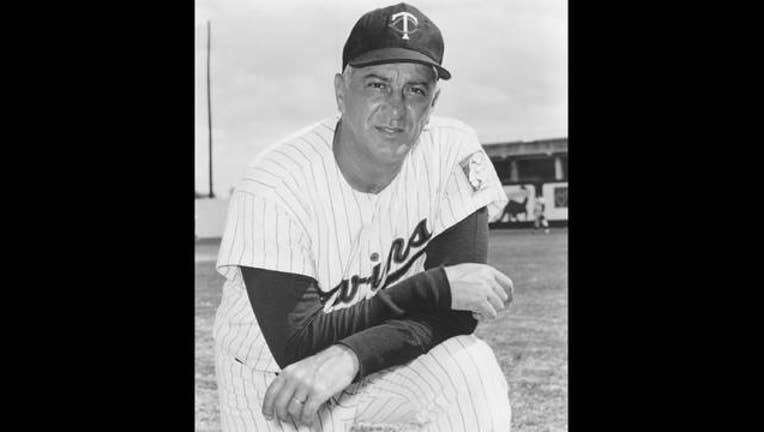 (KMSP) - Former Minnesota Twins Manager Sam Mele has passed away at the age of 95.

Before managing, Mele played ten seasons in the MLB. He began his career with the Boston Red Sox, but later played for the Senators, White Sox, Reds, and Orioles.

“The Minnesota Twins are deeply saddened by the loss of Sam Mele.  The former skipper was an important figure in Twins baseball history. The beloved Mele, not only led the 1965 Twins to the American League pennant, but also helped establish the importance of Major League Baseball across the Upper Midwest.”