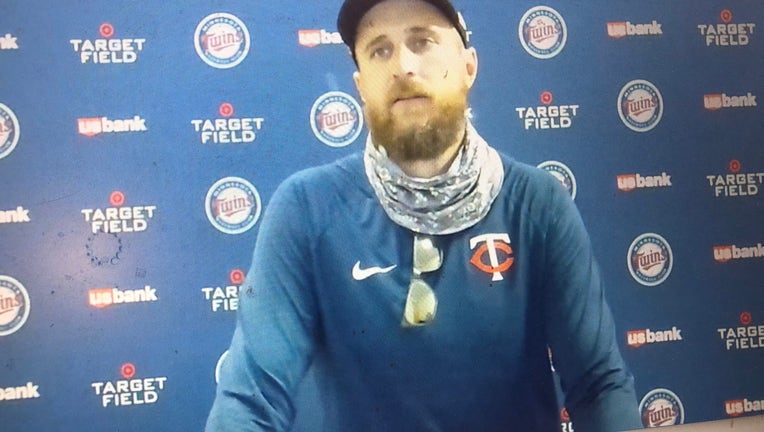 MINNEAPOLIS - It’s a constantly changing environment with the Minnesota Twins at Target Field for “summer camp” before a 60-game season, but Rocco Baldelli was all smiles to welcome to players back to the field on Tuesday.

Outfielder Byron Buxton and pitcher Cody Stashak were on the field and doing work for the first time in a team setting since Spring Training in March. Both were away from the team when summer camp started as their wives were about to deliver babies.

Both Buxton and Stashak arrived to the Twin Cities over the weekend, and had to go through Covid-19 testing protocol before they could take the field. The Twins held a light workout Tuesday with some throwing sessions and select players taking batting practice.

The secret to the Twins success will be on the mound in 2020.

“It was great to see those guys get back. Obviously they’ve had a lot going on in their lives. I think today was a good day to just get them out here, get them moving around,” Twins manager Rocco Baldelli said.

Buxton, who missed the last month and the playoffs last year after having shoulder surgery, should be fully healthy to play when the 60-game season starts July 24 in Chicago. He used the quarantine time to work out outside at his home, and posted videos of taking swings in soft toss.

The competitive juices will start flowing at Target Field Wednesday as the Twins will have the first of several inter squad games. Baldelli said the team will be split into four groups of hitters, and those not hitting will be in the field at their positions for full innings. Some players will play multiple positions in the field.

The overall goal is to play about six innings, with hitters getting two to three at-bats against live pitching. Other pitchers will throw side or bullpen sessions as necessary. Some minor league prospects will make the trip from CHS Field to give the Twins additional numbers to work with.

Rich Hill told reporters Tuesday he doesn’t agree with team staffers, who are in contact with Twins players daily, only getting Covid-19 testing about twice per week. Players and anyone in the Tier 1 category get tested every other day.

“I have a real big issue with that because I think they should be getting tested as much as we are, and anybody around the team should be getting tested just as much as the players are. I feel strongly about that,” Hill said. “That’s something that should be addressed and it should be fixed as soon as possible because they’re going home to their families, going home to their loved ones, it’s not right that they’re not getting the opportunity to have the same testing and availability that we are.”

Baldelli was asked the same question, and agreed with Hill.

”I think he’s probably absolutely right. What we should do is do everything we can to take care of everyone here to the best of our ability. Is every single person going to be going through the same clearance as a player? No, as of right now, the system says no. That’s not what we’re going to do, but I couldn’t tell you one person in our clubhouse or probably in any clubhouse in baseball that thinks that what we’re doing right now is most definitely the best thing we can do, that we can’t make any adjustments,” Baldelli said. “We can definitely make adjustments, we should note and continue to pay attention to all the things that maybe we aren’t doing to the best of our ability and not hesitate to bring those things up. Taking care of those guys in every possible way, including testing-wise, makes complete sense to me.”

The Twins have had positive Covid-19 tests from Miguel Sano, Willians Astudillo and a pair of minor leaguers. Sano and Astudillo are in self-isolation, both say they are doing great and will need two negative tests before returning to the field.

The Twins will also have an inter squad game on Thursday.