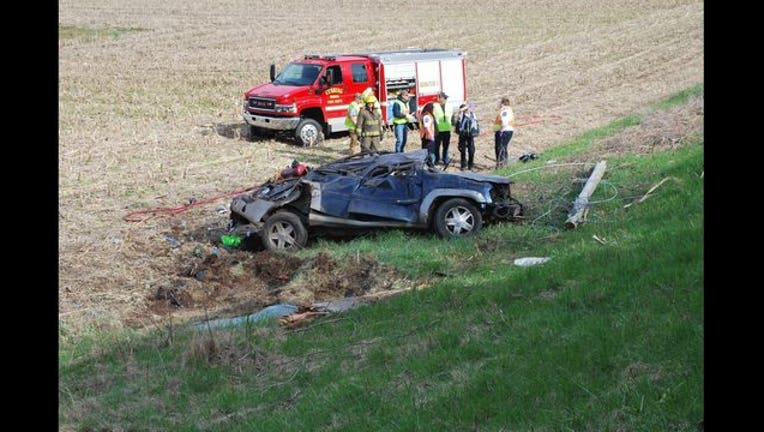 LAKETOWN, Wis. (KMSP) - A young man has died after a crash in Laketown, Wisconsin, Monday morning.

Around 9 a.m. Monday, the Polk County sheriff's office responded to a crash at 220th Street and County Highway Z near 240th Avenue. According to the release, the man was heading north in his Trailblazer when he left the roadway, impacted a driveway and went airborne, striking a power pole and trees. The car then rolled and came to rest in a cornfield.

There was extensive damage to all areas of the car, and any attempted rescue was complicated by the vehicle being entangled with powerlines.

The driver, a 25-year-old man from Milltown, died in the crash.