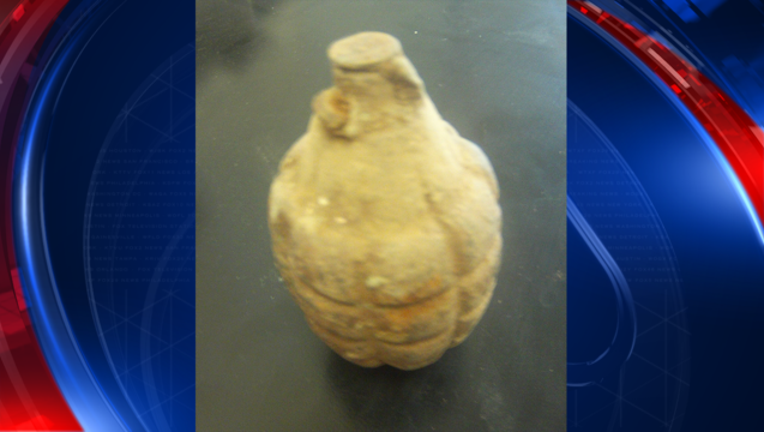 According to a statement released Wednesday afternoon, deputies responded to Schuff Steel in Bellemont at around 9:10 a.m. for a report of a found hand grenade in a construction area.

According to officials, the grenade was found by employees, while they were installing new equipment. The grenade was partially exposed above ground, and appeared to be intact.

The area, according to Sheriff's officials, was evacuated be deputies. Members of Flagstaff Police Department's bomb squad, along with the Navajo Army Depot (NAD) Explosive Ordinance Division responded, and placed the grenade in an explosives safe container.

The grenade, according to officials, will be destroyed at the Navajo Army Depot.