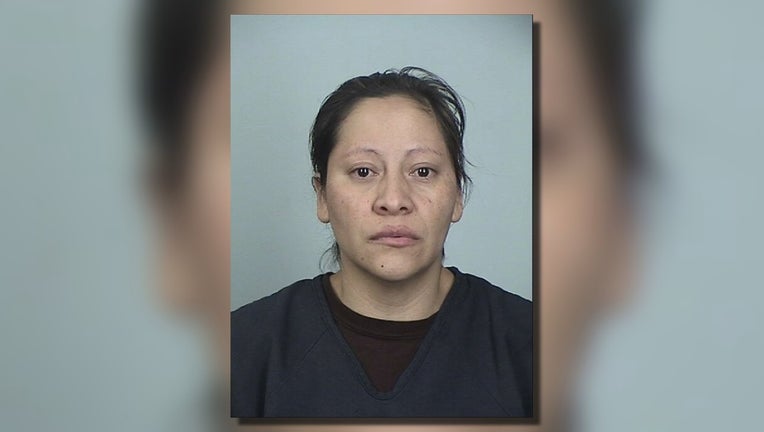 Olga Franco Del-Cid is accused of illegally re-entering the country after she was deported following a felony conviction in 2008.

ST. PAUL, Minn. (FOX 9) - A clearer picture is emerging of the woman who allegedly illegally returned to Minnesota after she was deported following a conviction in a deadly crash with a school bus.

Wednesday, Olga Franco Del-Cid was back in federal court. She formally entered a not guilty plea. A federal magistrate ordered her to remain in custody as the current charges, which include illegal re-entry, play out.

Woman accused of illegally re-entering the U.S. was working at Woodbury restaurant

A clearer picture is emerging of the woman who allegedly illegally returned to Minnesota after she was deported following a conviction in a deadly crash with a school bus.

Jerome Harvieux was in U.S. district court Wednesday to support his wife. The pair was married inside the Shakopee prison in 2009 and have a two-year-old daughter together. Despite going through divorce proceedings right now, Harvieux is standing by the woman who is looking at the potential of additional prison time and a second deportation to her native country, Guatemala.

“Traumatic for her, she’s been through a lot,” said Harvieux. “I think it’s a tough road ahead.”

The two first started exchanging letters while she was jailed more than a decade ago, eventually marrying. They own their mobile home and a couple vehicles together, according to divorce records.

Franco Del-Cid, now 36 years old, first made national headlines 11 years ago when she was arrested and charged for running a stop sign in western Minnesota and crashing into a school bus, killing four young children. At the time, she was in the country illegally and maintained an abusive boyfriend from Mexico was driving, but he fled before authorities arrived.

A jury however, found Franco Del-Cid was behind the wheel, and she served eight years in Department of Corrections custody before being sent back to Guatemala. It’s unclear how long she stayed there as federal authorities recently arrested her for illegally returning to Minnesota. According to court proceedings, she was living in an Inver Grove Heights trailer park and working as a dishwasher at the Crave restaurant in Woodbury with allegedly fraudulent employment documents.

“A lot of people who say she’s a monster don’t know her,” said Harvieux.