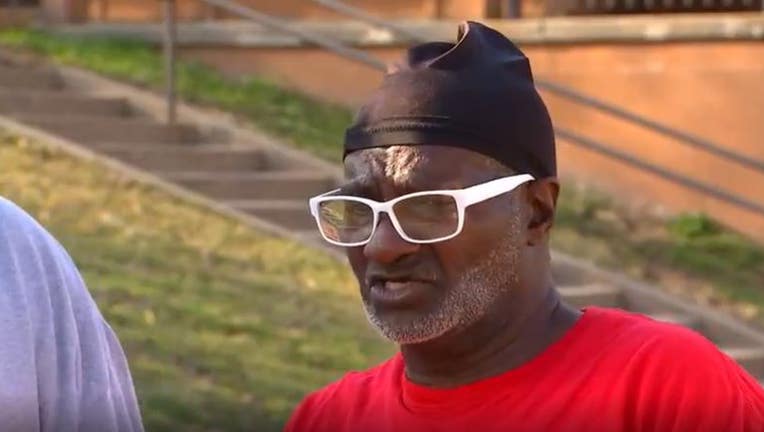 His emotional testimony in the trial of Derek Chauvin last week turned heads. Thanks to a crowd funding campaign, McMillan hopes he can get some closure.

(FOX 9) - In a moment that has changed the world forever, Charles McMillian was one of the last people on this earth to see George Floyd alive.

"It’s been hard… watching what I seen and going home at night dealing with that, waking up in the morning dealing with it," Charles McMillian told FOX 9 on Monday. "I blame myself because I couldn’t do nothing… it was something that there was nothing you could do."

In a moment that has changed the world forever, Charles McMillian was one of the last people on this earth to see George Floyd alive.

Last week, Charles took to the witness stand, sharing his experiences before a jury, in the trial of former Minneapolis police officer Derek Chauvin.

"They say grown man don’t cry, yes we do," McMillian said. "I’m drained… I had the whole weekend just to think about everything that went on with the trial and emotion about my mom."

Charles lost his mother Queen McMillian on June 26, 2017, because of complications caused by diabetes. On Monday a GoFundMe page surpassed its $5,000 goal to help Charles find closure from her death.

"It’ll be spent on traveling for me and I have a 12-year-old son," McMillian explained. The duo is in for an 18-hour journey on a train to Aberdeen, Mississippi, his mother’s final resting place.

Charles’ 31-year-old son Charles P. McMillian has seen how the last year changed his father. He started the GoFundMe to help his dad on his journey to closure.

"No one’s ever the same after you watch a man pretty much beg for his life in front of you. I mean he’s yelling ‘they’re killing me, they’re gonna kill me’ and evidently they did," Charles P. McMillian said. "It’s a dark spot inside of him."

"Now I want to go get on my knees and pray, to my mom," Charles McMillian finished.

The family says the rest of the money will go to a therapist, something they’re especially thankful for after the past week.