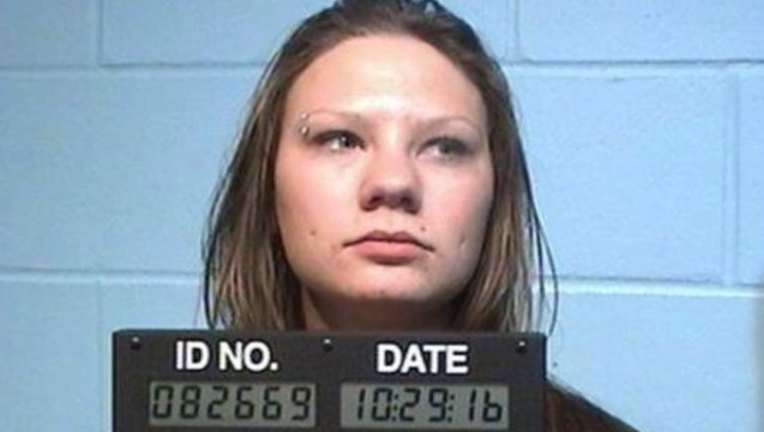 ELLSWORTH, WIs. (KMSP) - A Minnesota woman charged in connection with a crash that killed a Wisconsin teen last year was taken into custody Wednesday after missing a court date, according to the St. Croix Wis., Sheriff's Department.

A nationwide warrant was issued for 22-year-old Makellia Jensen, who faces a charge of Homicide by Negligent Operation of a Vehicle, along with several drug possession charges.

The crash killed 16-year-old Kyra Hayes, a student at Ellsworth High School. Witnesses reported Jensen had both hands on her cell phone at the time and was driving erratically while heading northbound on Highway 35 south of Hudson.

According to the criminal complaint, St. Croix County Sheriff’s Deputies said Jensen’s vehicle drifted between lanes. Hayes tried to avoid her and ended up rolling over and being ejected from the vehicle.

Initially, Jensen only faced a marijuana possession charge. Further investigation found she also had meth, marijuana and heroin laced with fentanyl and carfentil in her car.

Investigators also monitored her Facebook posts, including one where she admits cutting Hayes off.

“That led us to believe that this is not just merely a tragedy, but a criminal action and we believe we can prove it beyond a reasonable doubt,” Nieskes said.

Prosecutors gave a warning there could be trouble with Jensen when she never showed up for a court appearance on the marijuana charge.

“We believe that since she was already in warrant status, with the issuance of these new charges, if we summonsed her in, she would not appear,” said Alexis McKinley, an Assistant District Attorney.