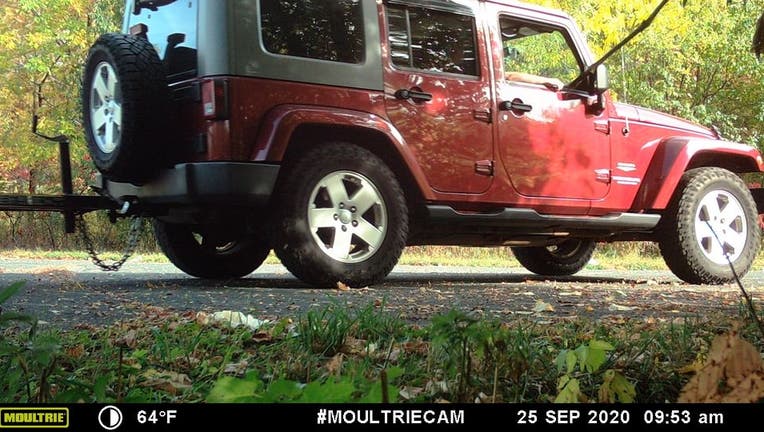 Illegal dumpers in West St. Paul are being targeted by police, including this Jeep that was caught on camera illegally dumping furniture.

WEST ST. PAUL, Minn. (FOX 9) - A dead end street in a secluded spot in West St. Paul has become a dumping ground for furniture and police are looking for a suspect caught on camera violating the law.

Brian Sturgeon, of West St. Paul Police, said a dresser and an old truck bed are among the items left there.

“It’s frustrating because we got a lot of better things to do than deal with the illegal dumping,” said Sturgeon.

In the last year, police say people have left hundreds of unwanted household items like furniture, appliances and clothing abandoned in the area. Police say it costs city employees time and thousands of taxpayers dollars to clean it up frequently in timely manner.

West St. Paul Police posted pictures of a Jeep on their Facebook page belonging to someone they hope the public can identify who dumped a trailer full of mattresses and box springs at the spot last week, but investigators believe what’s been happening is the work of more than just one person.

“I think people are just lazy and they don’t want to spend the money to get rid of unwanted items,” Sturgeon added.

Police say anyone caught dumping items illegally could face a misdemeanor which carries up to a $1,000 fine and 90 days in jail.

Whoever is responsible, police want them to think twice before trashing their community again.

“The community wants the illegal dumping to stop,” Sturgeon added. “Enough is enough.”