NEW YORK - U.S. stocks are rallying to records Wednesday on encouraging earnings reports and continued optimism that new leadership in Washington will mean more support for the struggling economy.

Joe Biden took the oath of office to become U.S. president, and he has a flurry of executive actions at the ready. He has also pitched a plan to pump $1.9 trillion more into the struggling economy, hoping to act quickly as his Democratic party takes control of the White House and both houses of Congress.

The hope on Wall Street is that such stimulus will help carry the economy until later this year, when more widespread COVID-19 vaccinations get daily life closer to normal. Such hopes have helped stocks and Treasury yields rise, even as the worsening pandemic digs a deeper hole for the economy. Spiraling coronavirus counts and deaths have more workers applying for unemployment benefits and shoppers feeling less confident. 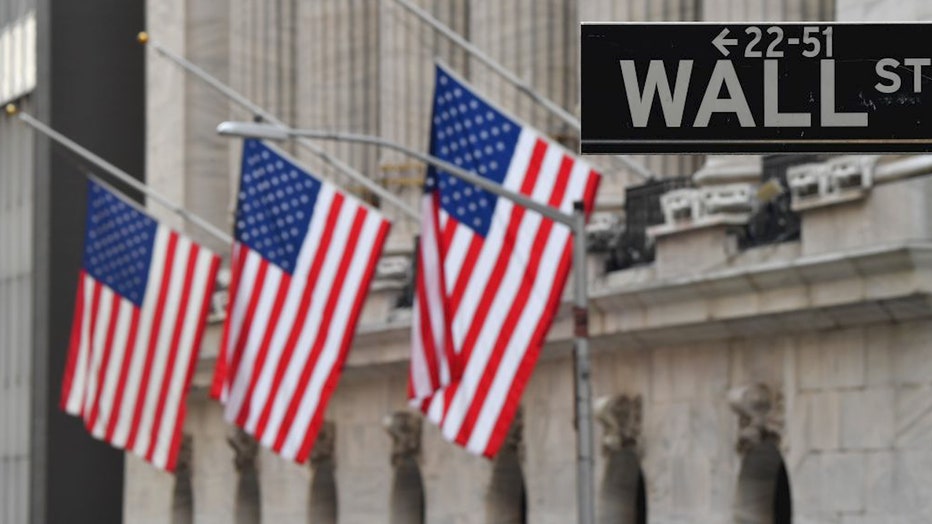 The incoming Biden administration is taking control of the White House from Donald Trump, who pointed again on Wednesday to the stock market's level as validation of his work. 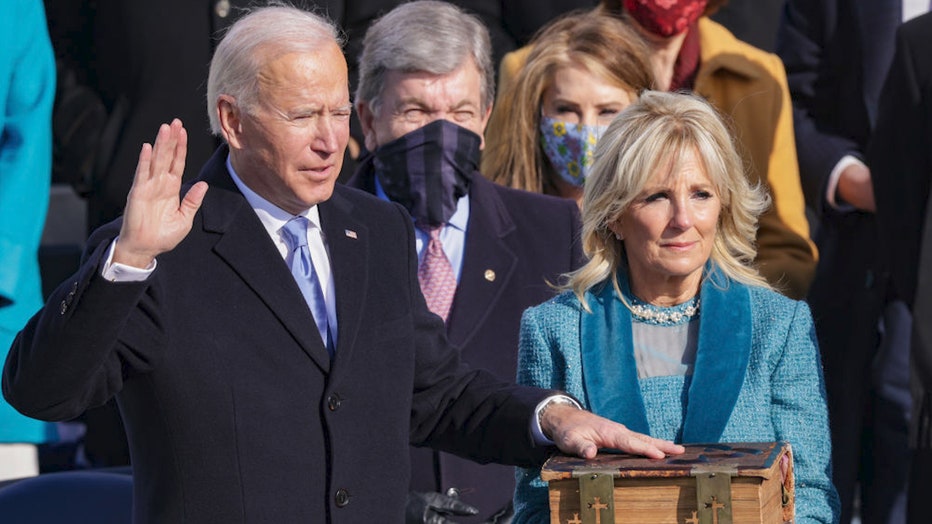 Joe Biden is sworn in as U.S. President during his inauguration on the West Front of the U.S. Capitol on Jan. 20, 2021 in Washington, DC. (Credit: Alex Wong/Getty Images)

Trump's preferred measure is often the Dow Jones Industrial Average, even though the S&P 500 is much more important to most workers' 401(k) accounts. Under Trump, the Dow had an a annualized return of 11.8% from his inauguration until his last day in office, according to Ryan Detrick, chief market strategist for LPL Financial. That's better than any Republican president since Calvin Coolidge during the roaring 1920s, but it's not as good as the returns for Bill Clinton or Barack Obama.

Trump has said in the past that he should get credit for the stock market's gains following his election but before his inauguration. The market got a "Trump bump" then on anticipation of lower tax rates, less regulation on companies and faster economic growth. Much of that did come to fruition, but the COVID-19 pandemic and the government's response to it upended everything in 2020. 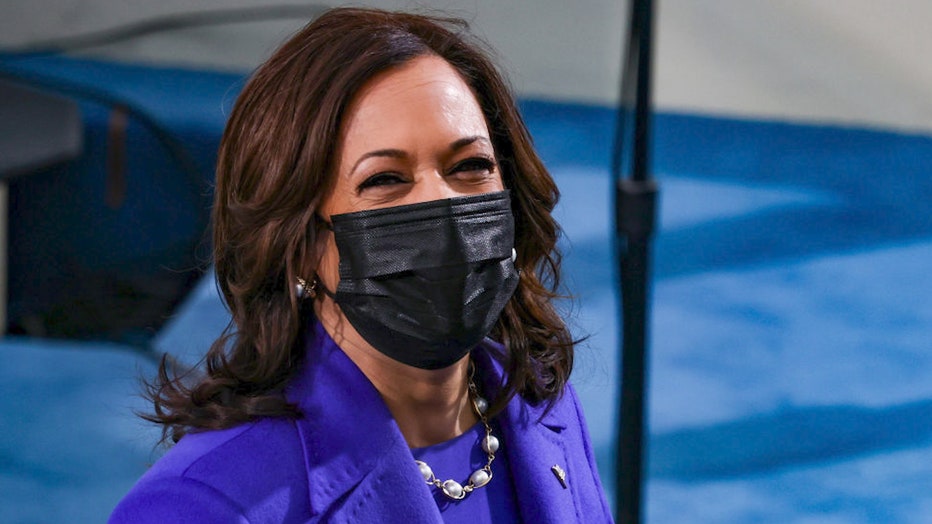 Vice President-elect Kamala Harris looks on during the inauguration of U.S. President-elect Joe Biden on the West Front of the U.S. Capitol on January 20, 2021 in Washington, DC. (Credit: Tasos Katopodis/Getty Images)

Janet Yellen, Biden’s nominee to be Treasury secretary, told the Senate Finance Committee during her confirmation hearing on Tuesday that the incoming administration would focus on winning quick passage of its $1.9 trillion plan.

"More must be done," Yellen said. "Without further action, we risk a longer, more painful recession now — and long-term scarring of the economy later."

A better-than-expected start to earnings reporting season is also helping to lift the market Wednesday. Analysts came in with low expectations, forecasting the big companies in the S&P 500 will report a fourth straight drop in earnings per share because of the damage from the pandemic. But the vast majority of the earliest reports have managed to top forecasts.

Analysts have been expressing concerns about pricey stock values heading into the latest round of corporate earnings, but they look more reasonable amid the backdrop of historically low interest rates, said Solita Marcelli, chief investment officer, Americas, at UBS Global Wealth Management. The low rates, along with new stimulus and the continued rollout of vaccines, will likely help bolster markets and the recovery.

"We see more upside in equities in general," she said. "We think that global growth is going to continue to pick up."

Netflix jumped 15.9% for one of the market’s biggest gains after it said it ended last year with more than 200 million subscribers. It also said it made more in revenue during the end of 2020 than analysts expected, though its earnings fell short of forecasts. Business is good enough for the company that it says it likely doesn’t need to borrow anymore to cover its day-to-day operations.

Morgan Stanley initially rose after reporting much stronger earnings for the latest quarter than Wall Street had forecast, though its gain sputtered as the day progressed. It was down 0.3%. A boom in young companies selling their stock for the first time helped Morgan Stanley get more business, and it booked more revenue from trading.

Companies will need to meet the market's expectations — including for a huge rebound in profit growth through 2021 — to validate the big runs for their stock prices during 2020, even as their profits plummeted. Stocks of several companies slipped on Wednesday, even though they reported stronger profits than expected. Procter & Gamble fell 1%, for example.

In Asia, Japan’s Nikkei 225 slipped 0.4%. Main urban areas in Japan, including Tokyo, are under a state of emergency, with evening dining at restaurants discouraged. Critics say that’s not enough, as deaths related to COVID-19 have been rising. A vaccine rollout has not begun in Japan.