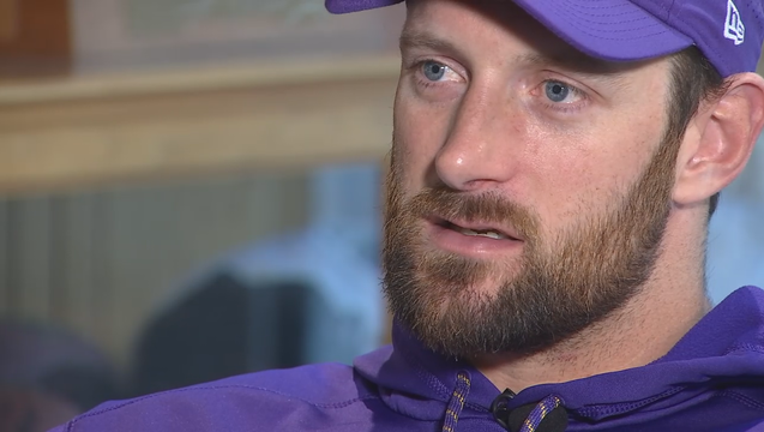 (KMSP) - The Minnesota Vikings announced Saturday that they released Brian Robison after 11 seasons.

Brian Robison took to Twitter Saturday to thank the Vikings and wrote that "this one hurts, but it's not goodbye."

Robison appeared in 173 career games with the Vikings, ranking third all-time among Viking defensive ends. He racked up 60 sacks, which ties him for ninth in Vikings history.

The Vikings owners, general manager and head coach all released statements about cutting ties with the veteran Saturday.

Throughout our ownership of the Minnesota Vikings, players like Brian Robison have made our journey special. Brian meant as much to the community as he did to our football team. He is an exceptional person and always carries himself with such class and character. We are honored to have Brian represent the Vikings for the past 11 seasons.”=

Brian Robison exemplifies exactly what we strive for as Minnesota Vikings. From the moment he arrived he proved to be a tireless worker, a great teammate, and most importantly, a leader on and off the field. Along with being one of the best to ever wear a Vikings uniform, Brian has an uncanny ability to connect with everyone he meets and a magnetic personality that commands respect. We will miss Brian but he will forever be a Minnesota Viking. On behalf of the entire organization, we want to thank Brian, Jayme and the entire Robison family for their immeasurable impact on our team and our community.

Brian has been one of the best leaders I’ve seen in my career and I’m happy I got the opportunity to coach him. He’s been such a great player for us and an even better help building the kind of culture we want with this team. Brian will be missed but his influence will continue to be felt on this team going forward.