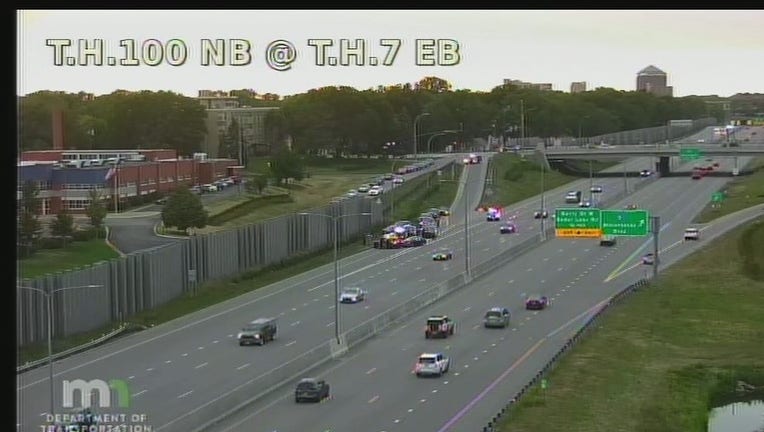 ST. LOUIS PARK, Minn. (FOX 9) - Minnesota State Patrol is investigating a crash after a St. Louis Park police squad was struck by a vehicle during a traffic stop Wednesday night, according to a St. Louis Park official.

At 7:49 p.m., St. Louis Park police officers were on southbound Highway 100 near Minnetonka Boulevard for a traffic stop to investigate a stolen vehicle. At one point, an uninvolved vehicle traveling on the highway hit a police squad.

No one was injured, but an officer was evaluated as a precaution.