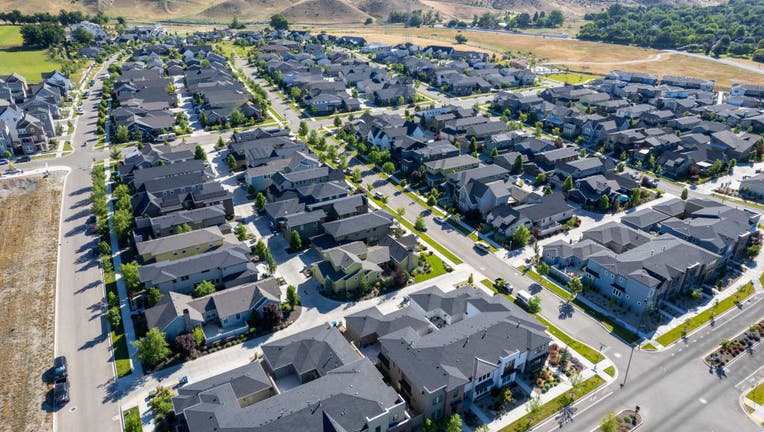 FILE - Houses in the Harris Ranch community of Boise, Idaho, US, on Friday, July 1, 2022. Photographer: Jeremy Erickson/Bloomberg via Getty Images

Sales of new U.S. homes fell more than expected in June to the lowest level in two years as rising mortgage rates and the relentless increase in home values slowed activity by edging prospective homebuyers out of the market.

HOUSING STARTS IN JUNE PLUNGE TO LOWEST LEVEL IN 9 MONTHS

The interest rate-sensitive housing market has started to cool noticeably in recent months as the Federal Reserve moves to tighten policy at the fastest pace in three decades in order to cool consumer demand and bring scorching-hot inflation under control. Policymakers already approved a 75-basis point rate increase in June and are expected to approve another of that magnitude on Wednesday at the conclusion of their two-day, policy-setting meeting.

Are we in a recession? Economic expert says yes | LiveNOW from FOX

By one common definition, the U.S. economy is on the cusp of a recession. Yet that definition isn’t the one that counts.

That is significantly higher than just one year ago, when rates stood at 2.88%.

Combined with high home prices, the rapid rise in borrowing costs has pushed many entry-level homebuyers out of the market. A new report from Redfin last week showed that the share of sale agreements on existing homes canceled in June was just under 15% of all homes that went under contract – the highest since early 2020ed at the height of the COVID-19 pandemic.

Other data released last week showed that sales of previously owned homes tumbled 5.4% in June from the previous month to an annual rate of 5.12 million units, the lowest level since June 2020. It mark the fifth consecutive month that sales have declined. On an annual basis, home sales plunged 14.2% in June.