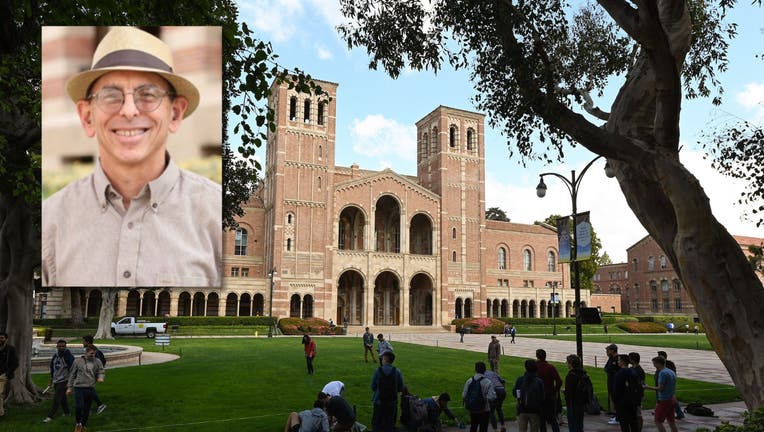 LOS ANGELES - A UCLA professor wrote a scathing blog post detailing his exit from his tenured job over the "woke takeover of higher education," which he described as causing havoc at the powerful California institution and at colleges across the country.

"I’m a professor, retiring at 62 because the Woke takeover of higher education has ruined academic life. ‘Another one?’ you ask. ‘What does this guy have to say that hasn’t already been said by Jordan Peterson, Peter Boghossian, Joshua Katz, or Bo Winegard?’" UCLA professor Joseph H. Manson wrote in a post on July 4.

Manson had been a tenured professor of anthropology at the university since 2000 and described that the school’s department was "unusually peaceful, cohesive, and intellectually inclusive" when he was tenured.

But that all changed by the late 2000s, Manson wrote.

"Gradually, one hire at a time, practitioners of ‘critical’ (i.e. far-left postmodernist) anthropology, some of them lying about their beliefs during job interviews, came to comprise the department’s most influential clique," he said, explaining that while the "militant faculty" grew, so did the pool of the "even more extremely militant graduate students."

The anthropology professor highlighted that as the school took a more "woke" turn, he saw the "public torment and humiliation" of one colleague, P. Jeffrey Brantingham, who was lambasted by students for allegedly "entrench[ing] and naturaliz[ing] the criminalization of Blackness in the United States" over urban crime pattern simulation models he developed.

The Anthropology Graduate Students Association passed a resolution denouncing Brantingham’s research, which soon turned the professor into a "pariah," who saw his popular class on crime moved under the university’s class catalog, he stopped attending faculty meetings, and another UCLA "professor tried to organize a mob" against him and his research, Manson charged.

"Not only was Jeff ostracized, he was unpersoned. None of the faculty talked about him if they could possibly avoid it. Meanwhile, our department chair opened most faculty meetings by solemnly intoning that our department was a community, a family, and that ‘we’re here for each other,’" Manson wrote.

He went on to say that "all the signs of Woke capture" are present at UCLA, citing other instances where scholars at the school were fired or ostracized "all for dissenting (in different ways) from Woke orthodoxy."

At the class level, Manson said the school has shown it is "awash in anti-Zionism, a.k.a. thinly disguised Jew-hatred." He said a professor of Asian American Studies at UCLA was "celebrated by the faculty and administration as a courageous, embattled exponent of academic freedom" after inviting a guest lecturer to class who proclaimed "Zionism is a form of white supremacism."

"As Doris Day sang, the future’s not ours to see, but it’s a good bet that the grip of Woke orthodoxy on the University of California, and most other U.S. universities, will tighten in the years to come. The younger faculty tend to be more Woke than their elders," he wrote.

His sentiment is backed up by a recent poll that found nearly half of Americans, 47%, reported that attending college "generally makes people more liberal," while only 6% reported that it makes students more conservative, YouGov America found in May.

"I strongly suspect that mainstream U.S. higher education is morally and intellectually corrupt, beyond the possibility of self-repair, and therefore no longer a worthwhile setting in which to spend my time and effort," he warned.

Manson’s blog post has gotten considerable attention on social media and from fellow scholars since it was published. Constitutional scholar Jonathan Turley, for instance, wrote this week that Manson’s departure is a loss not only for UCLA, but for "the entire teaching academy."

"We mouth principles of academic freedom and free speech while allowing colleagues to be hounded and harassed. Most faculty members remain silent as their colleagues are isolated and ostracized. Their departure is silently welcomed because there is less of a reminder of what we have lost in higher education," Turley wrote on Tuesday.

When approached for comment about Manson's retirement and blog post, UCLA spokesman Bill Kisliuk said "UCLA is deeply committed to the free and open exchange of ideas and we strongly support the academic freedom of our scholars."

"We actively encourage respectful debate, but we also expect equity and fairness, even when people strongly disagree. We do not tolerate discrimination or harassment and, to that end, UCLA strongly condemns anti-Semitism and other forms of hatred," the statement continued.