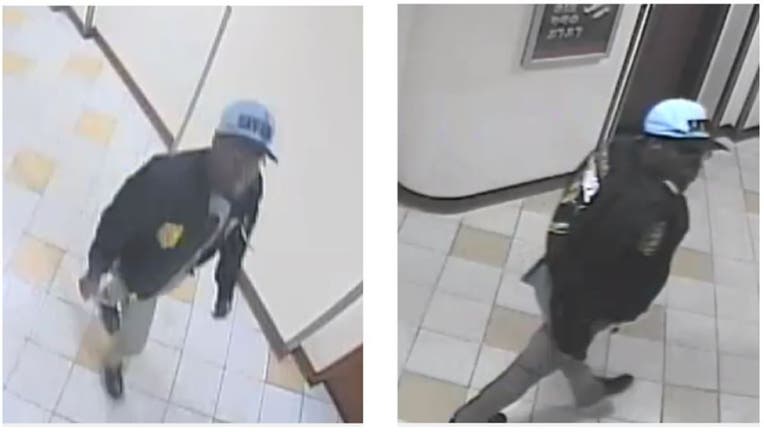 UMPD is asking for the public's help in locating a man suspected of filming students in the shower.  (University of Minnesota )

MINNEAPOLIS (FOX 9) - The University of Minnesota is asking for the public’s help in identifying a man suspected in several incidents at university residence halls this month, including attempting to film a student in the shower with a cell phone.

Two of the incidents occurred in Frontier Hall. At about 8:50 p.m. Oct. 13, a man reportedly looked at a resident while they were taking a shower, according to the U of M Police Department. The suspect was described as a man in his 20s wearing a black baseball camp, black shirt with neon green writing and black loose-fitting jeans.

In the same residence hall on Oct. 21 at 1:20 p.m., a resident reported seeing someone attempt to film them in the shower with a cell phone. The cell phone was described as mint green with a clear case.

Police released surveillance photos on Tuesday of the man suspected in the incidents. He was captured on security cameras following residents into Comstock Hall on Oct. 19 around 10:30 p.m. Police also said he was seen walking in Comstock Hall around 12:08 a.m. the next morning.

The suspect is described as a 25 to 35-year-old man who is approximately 5' 6'' tall and weighs between 150 and 160 pounds. In the incident in Comstock Hall, he was wearing a black jacket with yellow and white embroidery on the back, a white or light blue baseball cap and glasses.