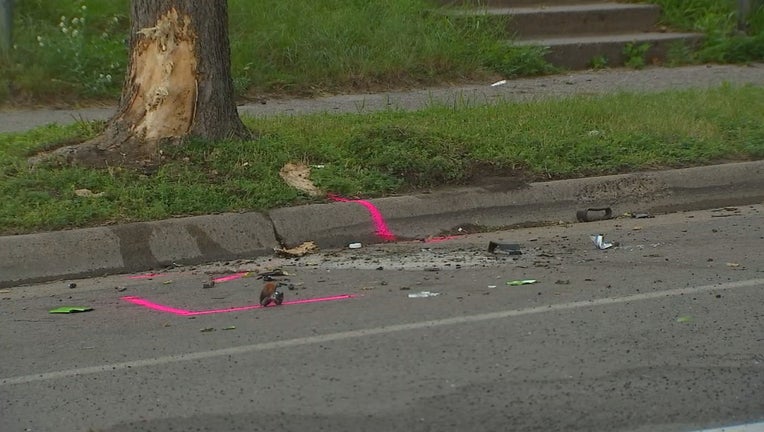 Minneapolis police are investigating a crash between a motorcyclist and a bicyclist in north Minneapolis on June 23, 2020. (FOX 9)

MINNEAPOLIS (FOX 9) - A motorcyclist is in "grave condition" after crashing with a bicyclist in north Minneapolis Tuesday, according to Minneapolis Police spokesman John Elder.

Emergency crews took the motorcyclist to Hennepin County Medical Center for surgery. The bicyclist has serious but non-life threatening injuries.

According to preliminary investigation, police suspect the motorcyclist was under the influence of alcohol. Speed is also believed to be a factor.