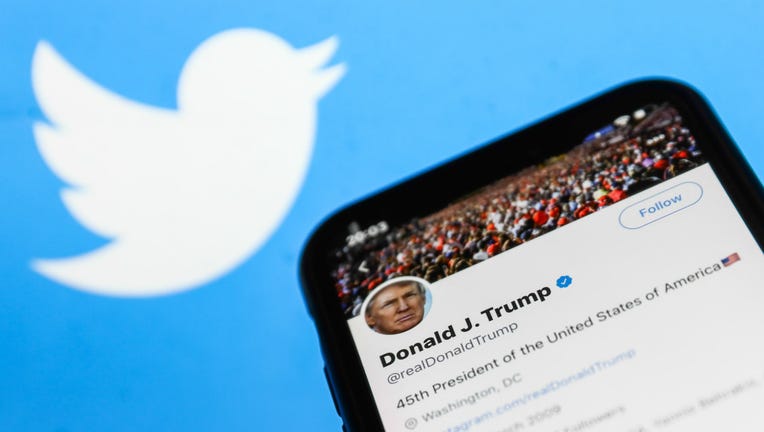 Twitter feed of the President of the USA Donald Trump is seen displayed on a phone screen with Twitter logo in the background in this illustration photo taken on October 18, 2020. (Photo Illustration by Jakub Porzycki/NurPhoto via Getty Images)

Twitter barred anyone from interacting with some tweets from President Donald Trump on Saturday, disabling the like, reply and retweet features before later reactivating them.

“We try to prevent a Tweet like this that otherwise breaks the Twitter Rules from reaching more people, so we have disabled most of the ways to engage with it,” Twitter said in a message to users who tried to engage with the tweets.

Twitter then reactivated the like and retweet buttons but kept a warning message: “Help keep Twitter a place for reliable info. Find out more before sharing.” It only allowed users to retweet with a comment.

Twitter told Fox News it had disabled the features accidentally.

“We inadvertently took action to limit engagements on the labeled Tweet you referenced. This action has been reversed, and you can now engage with the Tweet, but in line with our Civic Integrity Policy policy it will continue to be labeled in order to give more context for anyone who might see the Tweet,” a Twitter spokesperson told Fox News.

Earlier this year, Twitter began attaching labels to Trump's tweets, including some about the presidential election: “This claim about election fraud is disputed.”

“I WON THE ELECTION IN A LANDSLIDE, but remember, I only think in terms of legal votes, not all of the fake voters and fraud that miraculously floated in from everywhere! What a disgrace!” one of the labeled tweets read.

Another tweet, this one on Saturday, blamed Georgia Gov. Brian Kemp and Arizona Gov. Doug Ducey, both Republicans, for allowing their elections to be “stolen.”

“Who is a worse governor, @BrianKempGA of Georgia or @dougducey of Arizona??? These are two RINO Republicans who fought against me and the Republican Party harder than any Democrat. They allowed states that I won easily to be stolen. Never forget, vote them out of office!” Trump wrote on Twitter.

“‘Justices Alito and Thomas say they would have allowed Texas to proceed with its election lawsuit.’ @seanhannity  This is a great and disgraceful miscarriage of justice. The people of the United States were cheated, and our Country disgraced. Never even given our day in Court!” a third tweet read.

Both tweets were labeled.

The Supreme Court rejected a Trump-backed lawsuit in Texas seeking to throw out the election results in four states, allowing the Electoral College to press forward with electing Joe Biden on Monday. On Jan. 6 there will be a joint session of the House and Senate to count the electoral votes and certify Biden as the winner.

Justices Samuel Alito and Clarence Thomas said they would have heard the case -- without granting other relief, like issuing an injunction on electoral proceedings. They added that they expressed "no view on any other issue."