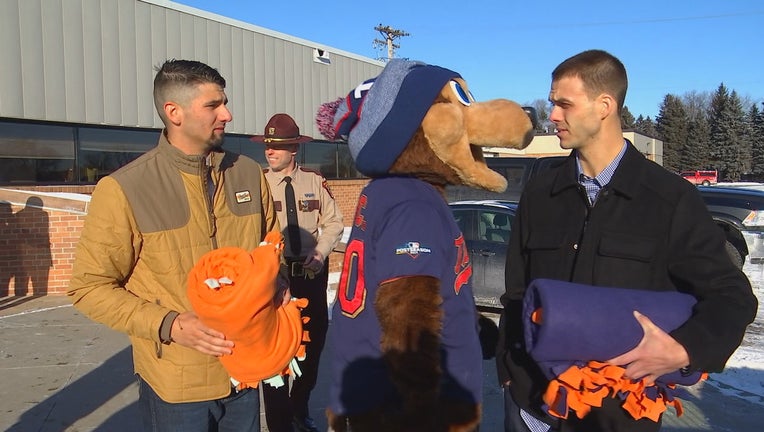 MINNEAPOLIS (FOX 9) - It may be the off season, but that doesn't stop the Minnesota Twins from stepping up to the plate.

Wednesday morning, a couple members of the baseball team were on hand to deliver a special donation. Pitchers Taylor Rogers and Devin Smeltzer along with team mascot T.C. Bear helped donate 50 blankets to the Minnesota State Patrol.

It may be the off season, but that doesn't stop the Minnesota Twins from stepping up to the plate.

“The blankets are a great opportunity, especially with kids involved, to give them something to hang onto in that scary time in the aftermath of a crash,” said Colonel Matt Langer of the Minnesota State Patrol.

The blankets were created by staff in the Twins’ front office.

“They weren’t just bought and donated, there’s actually like love and kindness and care that went into these blankets that will pay dividends as we head into the community and allow others be comforted by these blankets,” said Langer.

According to State Patrol, between 2014 and 2018, there has been an average of more than 15,000 crashes a year involving children 16 years old and younger. Authorities say providing warmth can help alleviate the impact of traumatic stress, especially in the cold winter months.

“Historically, we’ve had teddy bears and other things that we’ve done to help kids after a crash, but these are going to be very helpful, very relevant and it’s touching,” said Langer.

For the players, it’s personal. Both come from a family of first responders.

“A lot of my aunts and uncles and family members are police, state troopers and first responders, so I know how important this is growing up in the northeast and it’s cold up there as well,” said Smeltzer.

“I like to get involved with the first responders here in Minnesota and the Twins do a fantastic job of helping me get involved and very grateful that I could come out and help the community,” said Rogers.

The blankets will be used at district offices across the state. 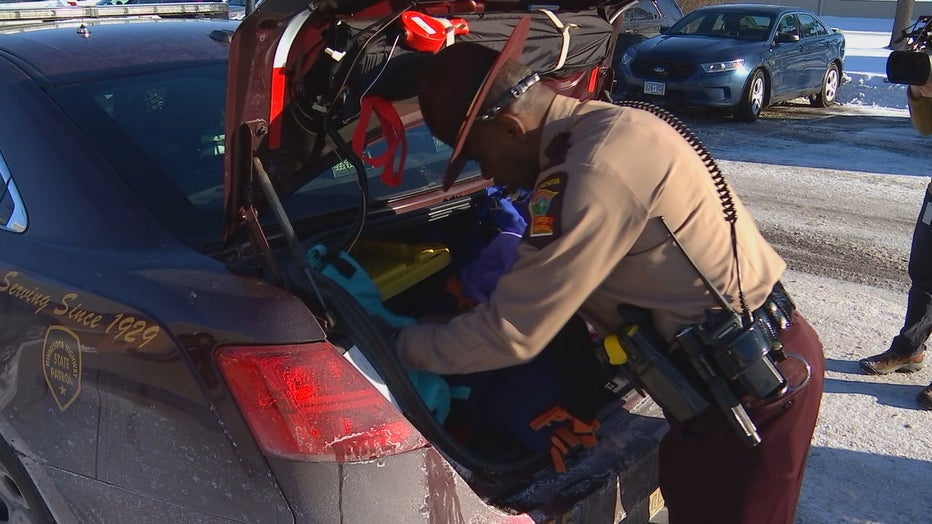