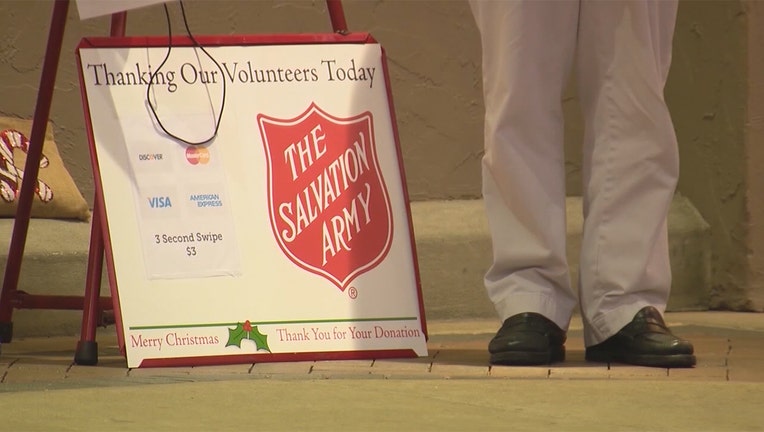 The Twin Cities Salvation Army has announced it will reach its Christmas campaign fundraising goal of $12 million, as well as, exceed its Red Kettle target of $2.15 million for 2021.

ROSEVILLE, Minn. (FOX 9) - The Twin Cities Salvation Army has announced it will reach its 2021 Christmas campaign fundraising goal of $12 million. As part of the overall campaign, the organization also exceeded its Red Kettle target of $2.15 million.

"We’ve always known that the Twin Cities community was very generous with their charitable giving, and that was certainly the case this Christmas – even in the face all the challenges this community faced in 2021," said commander of the Salvation Army’s Northern Division Lt. Colonel Dan Jennings in a statement. "We can’t help but feel truly humbled and grateful by the generosity and support we’ve received this year."

According to an announcement, the annual Christmas campaign is critically important for the social services non-profit, as 60% of its annual revenue is typically raised in the year’s last three months.

The Salvation Army Northern Division reports the pandemic has created a sharp increase in services in 2021, with 735,000 people served last year – an increase of 136% compared to 2019.