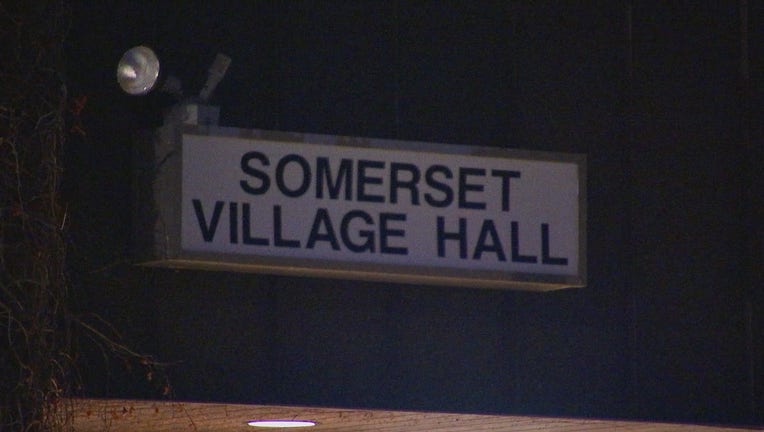 SOMERSET, Wis. (FOX 9) - For the past seven months, a feud has been brewing in Somerset, Wisconsin over where tubers can exit the Apple River.

Recently, the story has evolved into one about the power of grassroots movements and local politics after a group of passionate people made the tubing issue their platform in the town’s most recent special election.

For the past seven months, a feud has been brewing in Somerset, Wisconsin over where tubers can exit the Apple River.

It may seem strange to talk or even think about tubing in the middle of winter, but that was the catalyst for a special recall election in Somerset Village Hall Tuesday night where hundreds came to cast their vote for a change.

Last August, the Somerset Village Board passed an ordinance that would restrict where tubers exited the river. It caused two local tubing businesses to worry about their future.

So, the community got behind it after they didn’t feel Somerset leadership was listening.

“This is more than just tubing,” said Stephen Kaufman, the owner of River’s Edge Tubing. “We have a great town and I think a lot of the residents thought many other things should be addressed - parks and roads and sewers, all the other things that are important in this town.”

The group, called “We Are Somerset,” was formed on Facebook and met during the fall to find candidates who could replace three existing trustees in a special recall election.

Enough signatures were gathered to initiate the process and, Tuesday, voters spoke, ousting all three incumbents and winning each seat by big margins.

“I don’t know if ‘surprise’ is the right word as much as unexpected,” said Brandon Koziol, a new Somerset Village Board trustee. “There’s been so much discussion in the past about wanting something like this to happen and then to actually see it happen the way it did.”

Koziol is one of those new faces voted in to serve on the board.

“I think the biggest problem Somerset has, or had, was they weren’t able to trust the people who were making the decision for them,” Koziol added.

While the new trustees won’t just be focused on tubing ordinance concerns, it is likely to be one of the items on their to-do list.

Those three new trustees will be sworn in Thursday before a meeting. Their first official meeting is Jan. 16. There is a catch, however: they will only hold these three seats until April, when the next election will take place. They say they feel confident they’ll have another strong election then.