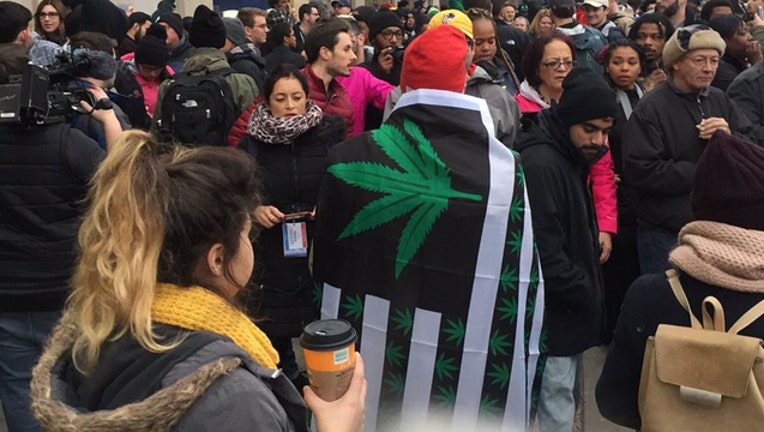 WASHINGTON - A cannabis-legalization group is giving away thousands of marijuana joints in protest of the inauguration of Donald Trump.

The D.C. Cannabis Coalition calls the event the #Trump420 demonstration and says they’ll hand out 4,200 joints as they parade from DuPont Circle to the National Mall. The group is for the legalization of marijuana in all 50 states and in the District of Columbia.

On their website, the group plans to light the joints four minutes and twenty seconds into Trump inauguration speech. The group says it will check the identification of everyone requesting marijuana. They also warn participants of the risk for arrest if smoking or carrying marijuana onto Federal property.

Lines at the event appeared to stretch over a block long. The group plans to be at the National Mall by 10 a.m.

Protests were also being held in other parts of D.C. on the morning of Inauguration Day. Demonstartions were held in downtown D.C. and outside of Union Station.

These protests follow demonstrations outside of the National Press Club where a "DeploraBall" party was being held Thursday night.

Hundreds of protesters were outside yelling "Shame!" at attendees entering the building as D.C. police officers arrived.

Chants of "No Trump. No KKK. No Fascist USA" were also heard.

Some protesters were also seen lighting a fire using signs, magazines and flyers on the street.