The Combined Joint Task Force-Operation Inherent Resolve has raised the threat level for US service members in Iraq, while US contractors at Balad Air Base were put on high alert fearing a response to US airstrikes in Syria, two sources familiar with the move tell Fox News.

Increasing force protection posture may last several days and is considered a routine precaution given current conditions on the ground.

"Protection of coalition troops is the #1 priority, so taking force protection levels higher is wise and prudent," a source told Fox News. 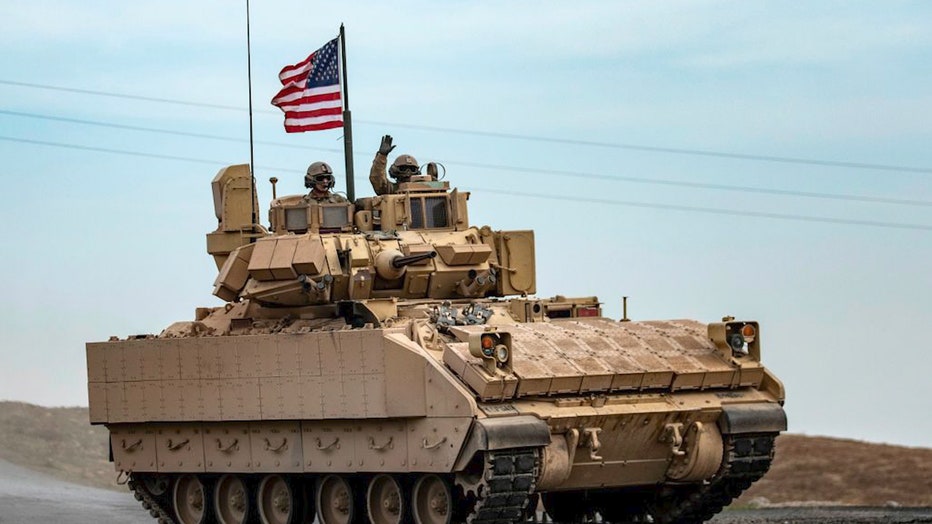 FILE - US soldiers in a Bradley tank patrol an area near Syria's northeastern Semalka border crossing with Iraq's Kurdish autonomous territory, on Jan. 12, 2021.

At Balad Air Base, a separate decision was made by Sallyport Global, a company that fulfills US government contracts, to put American contractors on high alert, a person familiar said.

From 6:30 pm to 5:00 am local time, only mission-essential movement will be allowed on base. Protective gear will be required for anyone outside of hardened buildings.

Balad Air Base was hit with a Katyusha rocket attack last weekend and one person was injured.

RELATED: US launches airstrike on facilities in Syria used by Iran-backed militia

This month, three major attacks by suspected Iranian-backed Shia militia have occurred against US citizens.

President Biden approved limited airstrikes in Eastern Syria on Thursday in response to these events. Seven 500-lb laser-guided bombs were dropped near the Iraqi border, according to US officials.

"We’re confident in the target we went after we know what we hit. We’re confident that target was being used by the same Shia militia that conducted the strikes," Secretary of Defense Lloyd Austin said.