Host Nick Cannon and a panel of celebrity judges return for the long awaited season 2 premiere of The Masked Singer later this month with all-new hidden talent and even more extravagant costumes.

LOS ANGELES - Host Nick Cannon and a panel of celebrity judges return for the long awaited season 2 premiere of The Masked Singer later this month with all-new hidden talent and even more extravagant costumes.

Costume designer Marina Toybina gave viewers an inside look into her team’s studio where they’re hard at work bringing the beautiful costumes to life for the upcoming two-hour season premiere.

“For season 2 we’re slightly taking a different approach, elevating our patterns, elevating our intricacies as far as detailing on all the costumes,” said Toybina.

She added that the team is focusing on functionality, improving vision, cooling down talent and creating more mobility for the performers. 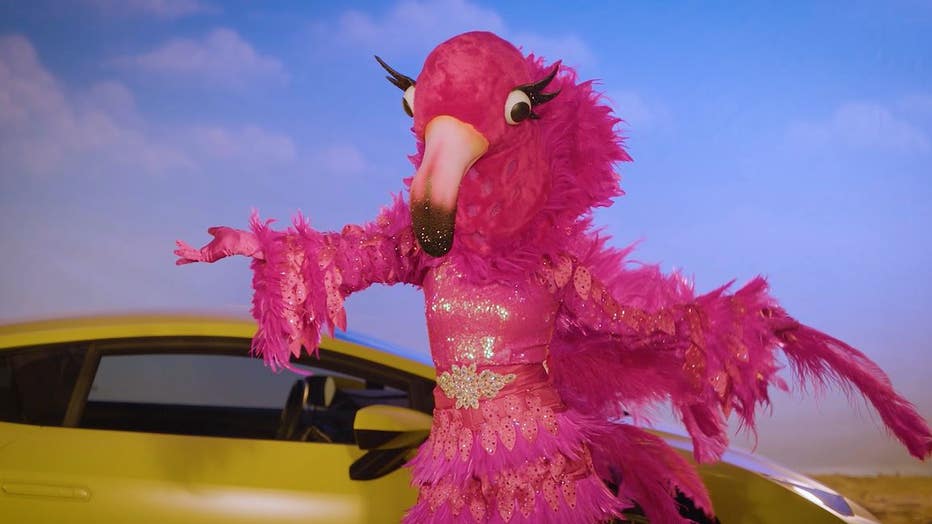 “We’re really taking a few of the notes from season 1 and trying to apply it with season 2 without compromising the aesthetic of all the costumes,” Toybina said.

It may seem that the attire couldn’t get any more complex, especially since last year’s victor, T-Pain, stole the show with his performance in a furry decorative one-eyed monster costume. And who could forget when Gladys Knight donned her eye-catching bee costume?

But the show’s designers promise to truly take the visuals to the next level.

Fans can look forward to a mix of fashion and elevated costuming which Toybina says allows the pieces to “come to life and tell a story.”

The series features celebrities shrouded in elaborate costumes from head to toe, hiding their identities as the judges try and guess who’s behind the mask.

Black-ish star Anthony Anderson and Triumph the Insult Comic Dog will be new additions to the the judges’ table when the celebrity singing competition returns.

Watch the premiere of The Masked Singer on FOX, Wednesday, Sep. 25.