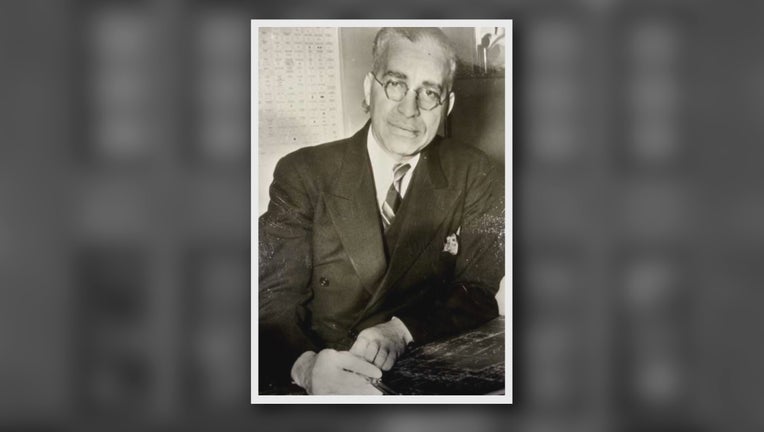 ST. PAUL, Minn. (FOX 9) - There are only about a dozen or so Black architects practicing their craft in Minnesota, but one of the men who helped build the Twin Cities was the first African American architect in the state.

Chelsea Heights Elementary School is not only where James Garrett went to school in the late ‘70s and early ‘80s, it is also one of his favorite buildings designed by the man who inspired him to become an architect - a family friend he calls "Uncle Cap".

The legacy of the first Black architect in Minnesota

There are only about a dozen or so Black architects practicing their craft in Minnesota, but one of the men who helped build the Twin Cities was the first African American architect in the state.

"Uncle Cap" was Clarence Wigington, who moved from Omaha to St. Paul in 1914. Even though he had no formal training, he became a senior draftsman for the Office of St. Paul City Architect and went on to become the first licensed Black architect in the state as well as the first African American municipal architect in the country.

"The interesting thing about his sojourn and his career is that he never became or could become the city architect because of the racial policies of the day," said Dr. David Taylor, the co-author of "Cap Wigington: A Legacy in Ice and Stone". "But they leaned on him to organize the office and become and senior architectural draftsman where he had an important say as far as the projects that were undertaken."

As the lead architect for more than 90 civic projects, Wigington made magic out of the mundane, designing everything from schools and fire stations to park buildings across the city. Three of his most well-known works are all on the National Register of Historic Places: the Holman Field terminal building at the St. Paul Airport, the Highland Park Water Tower and the Harriet Island Pavilion, which was renamed in his honor. He also designed the exterior of what is now the Roy Wilkins Auditorium.

While many of his buildings have stood the test of time, others were meant to be far more temporary. Wigington was also the mind behind a handful of Winter Carnival ice palaces from 1937 to 1947, where he could let his imagination run wild.

"These weren't just ice forts where you build walls, throw things at," said Taylor. "These were designed to entertain humans. You could walk into them. There were rooms. There was a postal box office in one of them where you could send postcards to friends across the country from that facility. So he was really creative."

Wigington was also a leader in the African American community, working with both the Urban League and the NAACP. He earned his nickname "Cap" after he petitioned the governor to form an all-Black battalion to defend the homefront because many African Americans weren't allowed to serve in the military during World War I.

"We should be proud because he choose the Twin Cities to launch his career and that career supported him from 1915 to 1949," said Taylor. "During that time he added so much more to the city of St. Paul and its citizens than we can probably ever express."

Wigington was the first person Garrett thanked when he and his business partner won the American Institute of Architects Minnesota chapter's Gold Medal Award, which is one of the highest honors an architect can receive in the state.

By following in Wigington's footsteps, Garrett hopes he can create a legacy that lasts just as long.

"I'm grateful that he did what he did and that he left this legacy long after he is gone for those of us to grow up here and appreciate and for those things to just become part of our daily lives," said Garrett.

Of the 90 buildings "Cap" Wigington designed about 60 are still standing in St. Paul. In addition to public projects, Wigington also designed several private homes and a synagogue in St. Paul as well.