Texas deputy dies after being shot from behind during traffic stop

A Harris County deputy has passed away after being shot in the line of duty.

HOUSTON - A Harris County deputy has passed away after being shot in the line of duty.

The shooting occurred on Willancy Court near West Road in northwest Harris County around 1 p.m.

Sheriff Gonzalez says a male suspect approached the 10-year veteran from behind and shot him a couple of times.

Emergency crews arrived at the scene and immediately began life-saving measures. Then, the deputy was taken to Memorial Hermann hospital by Life Flight.

Sadly, Dhaliwal was not able to recover from his injuries and passed away at the hospital.

"There are no words to convey our sadness," the sheriff wrote in a tweet.

Authorities say a man and woman were taken into custody, and believe the scene is contained and that there is no current threat to the community. The man is believed to be the shooter, and the woman a passenger in the car.

Sheriff Gonzalez described Dhaliwal, who was the first Sikh deputy for Harris County, as "well-liked and well-respected." 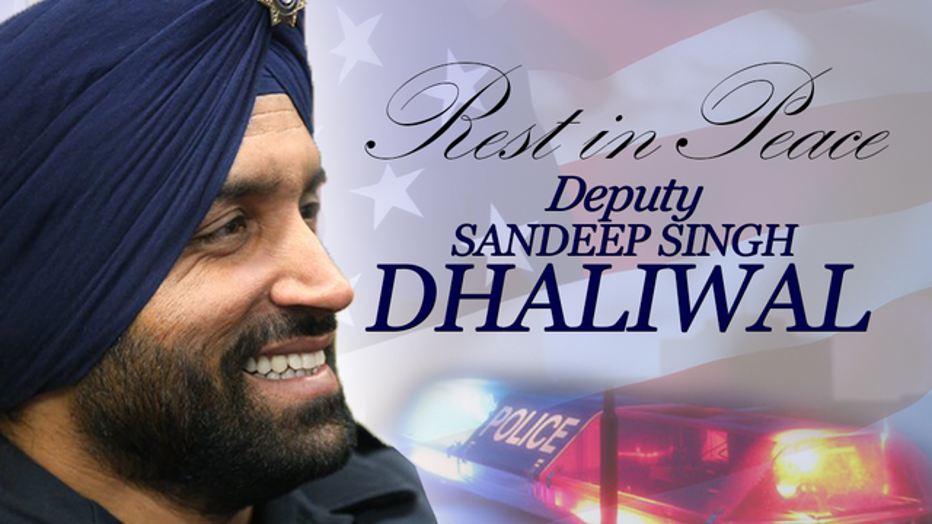 Dhaliwal was also the Director of Homeland Security for UNITED SIKHS. He led operations for Hurricane Harvey, Hurricane Maria and various other projects to assist the less fortunate and those in need.

He was trailblazer for the Harris County Sheriff's Office, and was easily recognizable in his faith's traditional turban and beard.

"I'm heartbroken because he's a personal friend of mine," the sheriff said.

"Today, Cecilia and I join Texans in mourning the loss of the Harris County Sheriff's deputy who was shot and killed in the line of duty," said Governor Abbott. "It is with heavy hearts that we send our deepest sympathies to the deputy's family, friends, and his brothers and sisters in law enforcement. This tragic loss is a grave reminder of the risks that our law enforcement officers face every single day. I thank the officers who bravely responded to apprehend the suspect, and I assure you that the state of Texas is committed to bringing this killer to justice. Cecilia and I ask all Texans to join us in praying for the family and the entire Harris County Sheriff's Department."

Harris County Commissioner of Pct. 2 Adrian Garcia, who was leading the sheriff's department when the deputy was sworn, said the victim is "like a brother" to him.

"He has the heart of a lion," Garcia said.

Dhaliwal leaves behind a wife and three children.