The majority of millennials believe they’ll be wealthy one day, survey finds

Millennials were the most optimistic about their potential for future wealth — 66 percent of those surveyed said they believe they will one day be wealthy.

LOS ANGELES - Two-thirds of millennials believe that they will one day be wealthy, compared to only half of Gen Xers and only a quarter of Baby Boomers, according to a survey from MagnifyMoney by Lending Tree.

MagnifyMoney by Lending Tree commissioned Qualtrics to conduct an online survey of approximately 1,000 adult Americans on their beliefs about wealth, whether or not they believe wealth is personally attainable and how they plan to build wealth.

Of the 1,000 people surveyed, 51 percent believe they’ll be wealthy one day, but only 15 percent of them say they already are wealthy.

Part of this discrepancy is likely due to differing beliefs about what it means to be wealthy. The survey did not define “wealthy” as any particular level of economic achievement, but instead asked survey respondents to determine what signified wealth to them. 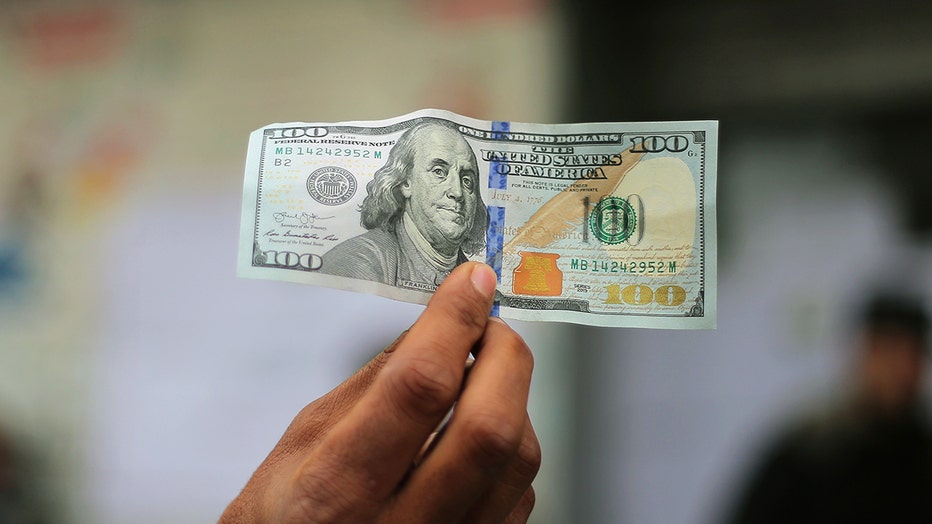 A hand holds up a U.S. $100 bill. A recent survey from MagnifyMoney revealed that 66 percent of millennials believe they will be wealthy one day. (Yousef Masoud/SOPA Images/LightRocket via Getty Images)

Millennials were far more likely to cite owning a business as an effective wealth-building strategy — 13 percent reported believing it was the best method, compared to only 3 percent of Baby Boomers.

MagnifyMoney pointed to overwhelming debt as a likely setback for many millennials hoping to save who likely feel like they don’t have the means to invest in things like the stock market or real estate.

Regardless of any setbacks they may have to acquiring wealth, millennials showed the greatest optimism for their future, with 66 percent believing that one day they will meet their definition of wealth.

“Thinking positively about your money is key toward building better financial habits,” Andrea Woroch, a money-saving expert, told MagnifyMoney. “Ultimately, your thoughts influence your behavior which will lead to a desired outcome, so if you think you will be wealthy then you can start acting in accordance with this vision.”