A team of economists in Ontario, Canada, performed the study to determine whether people who choose to get tattoos do so “despite its permanence and potentially adverse consequences in the labor market and interpersonal exchanges more generally, not care about their image or what others think of them or do they overestimate the normativeness of tattoos in society?”

ONTARIO, Canada - People with visible tattoos — such as those on the hands, face or neck — are more impulsive and reckless in their decision-making, a study published in the Journal of Economic Behavior and Organization found.

More than 1,000 Americans who were surveyed as part of the study participated in an experiment in which there was a greater monetary payoff for those who were willing to wait. Non-tattooed participants realized earlier in the experiment how to maximize their profits, signifying that they are more future-oriented.

Tattoos, once relegated to the misfits of Western society, have long had an overwhelmingly negative stigma attached to them. Though tattoos are becoming more popular and prevalent, especially among younger generations, many people still perceive tattoos to be a sign of negative personality traits.

“The rise in popularity of tattoos constitutes one of the most significant cultural trends in the West,” the study’s authors wrote. “A mere two generations ago, tattoos were largely reserved for criminals, sailors and circus freaks (see Drimmer 1985). Today, 40% of Americans aged 26-40 have at least one tattoo.”

A team of economists in Ontario, Canada, performed the study to determine whether people who choose to get tattoos do so “despite its permanence and potentially adverse consequences in the labor market and interpersonal exchanges more generally, not care about their image or what others think of them or do they overestimate the normativeness of tattoos in society?”

The research team surveyed 1,104 Americans via Amazon’s crowdsourcing website, Mechanical Turk. There were 781 respondents who reported having no tattoos, 225 reported having one or more that could all be readily hidden with clothing, and the final 68 respondents reported having at least one visible tattoo (e.g. face, neck, hands). 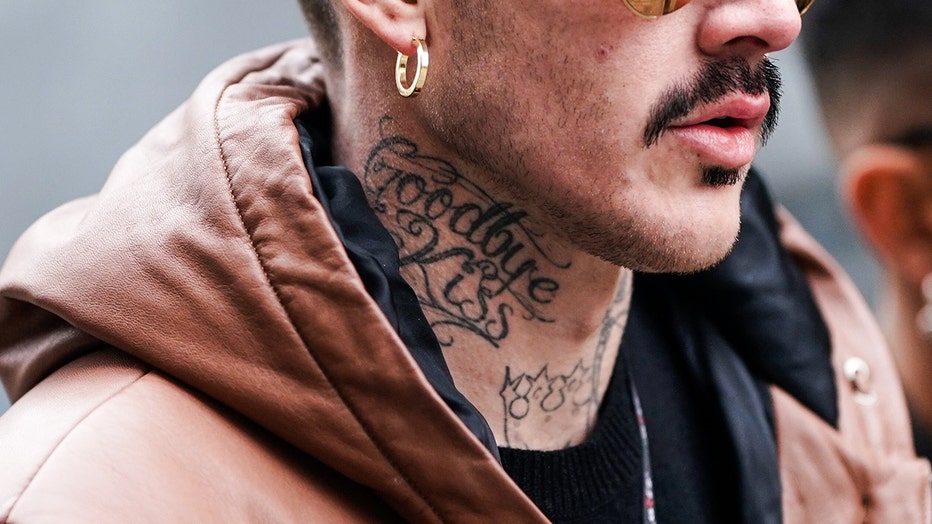 Each respondent was given a 30-minute survey which included questions about the number and locations of their tattoos, their reasons for getting each tattoo, how long they contemplated their first tattoo, time elapsed since getting their last tattoo, whether they intend to get a tattoo (whether it’s their first or not) in the coming year and what their views were on the prevalence and acceptability of tattoos.

Survey results indicated that people 40 years of age and older — so mostly Gen X and Baby Boomers — who grew up in eras when tattoos were far less prevalent have been slower to accept their ubiquity and to view them in a more neutral or positive light.

“Although tattoos are becoming less predictive over time of deviant behavior as they become more commonplace (see Swami et al. 2016), stereotypes of the tattooed have not dissipated as quickly. People, especially those from the 40+ generation, continue to associate tattoos with a spate of negative traits, including deviancy, dishonesty and a lack of trustworthiness,” the study authors wrote.

This means that many employers who handle hiring processes are still likely to be biased against those who have tattoos because of stereotypes, which could lead to a long-term economic disadvantage for young, tattooed workers beginning their careers.

“In this respect, the tattoo decision represents a classic inter-temporal tradeoff, where immediate desires and benefits are weighed against future benefits and costs,” the researchers said.

The researchers therefore decided to task each participant with incentivized experiments before giving them the survey. Each experiment provided insight about the person’s impulsivity, honesty and whether they are more present- or future-oriented.

In the first experiment, they were given a series of A/B choices. Option A is always the same, a $1 payout in 18 hours. Option B offered exponentially increasing sums of money if the participant would be willing to wait three weeks for payout.

Researchers waited to see at what point each individual would switch from choosing the immediate smaller payment to the delayed larger payment. They found that those with hidden tattoos and those with visible tattoos switched about half a pair and nearly two pairs later, respectively, than those without tattoos.